Constitutional Court: “freedom of transit is not unlimited”

(QCOSTARICA) Once again, the Constitutional Court, also known as the Sala IV, rejected an appeal for protection against the sanitary vehicle restriction, endorsing the powers that the administration has to regulate circulation in the streets of the country. 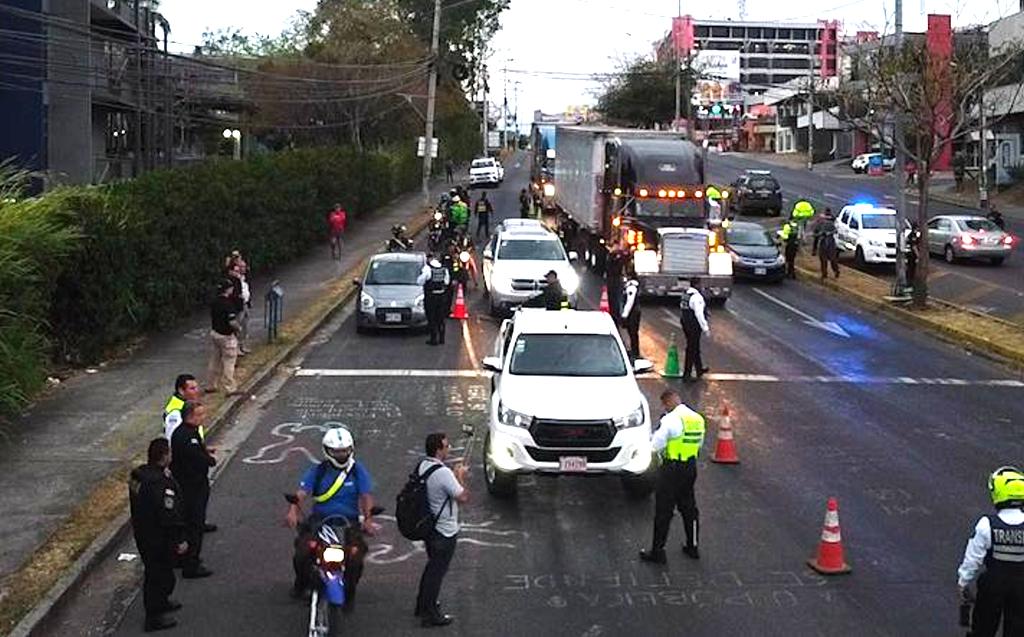 The recent appeal was presented by a Costa Rican identified by his last name Ramírez Víctor, alleging that there was no conclusive evidence that showed that driving increased the risk of COVID-19 infection. In addition, he alleged that the regulations were poorly communicated and the sanctions are disproportionate.

He also maintained that the provision of the seizure of license plates damages his right to go to work and is a confiscatory act since his vehicle is deprived of its use.

In evaluating these arguments, the Court explained that the State has the power to regulate the circulation of the motor vehicles on public roads and reiterated the allegations set forth in previous decisions on resources of this nature, which were also rejected.

In any case, as the Sala IV has already pointed out, freedom of transit is not unlimited, but its exercise must be subject to the fulfillment of certain requirements that the State may establish taking into consideration higher interests.

In addition, it has been repeatedly mentioned that the freedom of transit and movement recognized and protected by the Constitution does not protect the means of transportation but the freedom of every inhabitant of the Republic to move freely from one side to the other of the national territory,” the Court indicated in its decision.

The Court clarifies in the ruling that the freedom of transit protected in the Constitution refers to the possibility of citizens to move around the country or to stay in one place, but it does not mention the type of transportation that should be used. Nor does it stipulate that it be unlimited, which it calls the possibility of the authorities partially restricting it.

“In addition to the above, this Court finds sufficient and valid reasons for the imposition of the measure adopted by means of the directive in question, given that what is intended with this directive is to reduce the movement of vehicles in the center of the capital city. during the hours of greatest road congestion,” reads the decision.

Violation of the vehicular restriction si ¢110,000 colones fine, 6 points on the driver’s license and seizure of the license plates and/or vehicle.

Ruta 27 to Caldera Bumper to Bumper

QCOSTARICA - In a pandemic year where global value chains were broken, key economies for Costa Rica fell and a very strong drop in...
Central America

Q24N - With a new administration in sight and the possible relaxation of immigration policies, thousands of migrants from Central America have decided to...
Rico's Covid-19 Digest

QCOSTARICA - The fifth batch of the Pfizer/Biontech vaccine arrived in Costa Rica Tuesday night, January 19. The 16,575 doses landed at 9 pm on...
Health

QCOSTARICA - The Ministry of Health and the Costa Rican Tourism Board (ICT) joined forces to provide facilities to people who want or need...
Reports

"Collisions with fixed objects are also traffic accidents," says a reminder from the Ministery of Transport (MOPT). Although some might believe that it is not,...
HQ

QCOSTAIRCA - An American woman drowned this Wednesday afternoon in Playa Negra in Puerto Viejo, in Talamanca de Limón. The Red Cross indicated that the...
Politics

QCOSTARICA - The ambiguity with which the political parties' spending reports are written makes it difficult for citizens to monitor what type of digital...
Cartago

QCOSTARICA - In recent weeks coyotes have been seen roaming the TEC campus in Cartago, hungry and looking for food, especially on the shore...