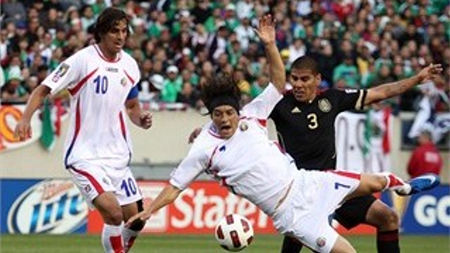 The first being a Saturday, no problem since govenment offices are closed. However, for Friday 20 and Tuesday 24, the government, in its wisdom, decided to allow the watching of the game rather than face a massive call in sick day.

The Ministro de la Preidencia, Melvin Jiménez, in the absence of President Luis Guillermo Solís, who is touring the United States this week, said on Tuesday that managers of government offices will be able to allow their employees to watch the games on “company time”, but, only on site and during the televised game times.

With the proviso that games must be watched at work, public servants will not have to call in sick, leaving government agencies short staffed the entire day.

If this year is anything like the past appearances of the Ticos at the World Cup, the country will come to a complete standstill for 90 minutes on each of the three days.