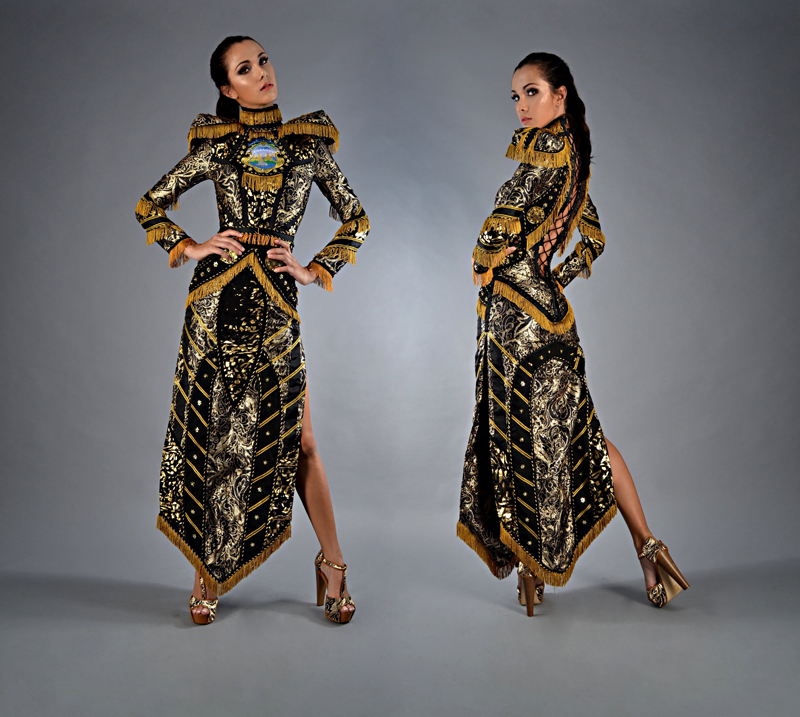 QCOSTARICA – National fashion designer Daniel Moreira has been told by the Protocol Department of the Foreign Ministry to remove Costa Rica’s “shield” from the costume designed for Miss Costa Rica, Karina Ramos, to use in the Miss Universe pageant.

“They asked if I will remove it or if they needed to take further action on the matter. I told them I had no legal counsel to answer them,” Moreira told La Naion.

“We did not ask (Moreira) to withdraw the dress; what has to be removed is the shied because it is not an appropriate use, it is a national symbol,” said Cyrus Alpiza, director of State Ceremonial Protocol.

The law that regulates the use of national symbols states that the shield is reserved only for official letterheads for correspondence to be use by the central government, the members of the Supreme Powers (Courts), Elections Tribunal, ambassadors an consuls.

“Individuals may not put the national emblem on their private labels or trademarks,” explained Alpizar.

In the face of controversy, Moreira explained the shield he used in his costume differs from the official, such as the colours, the font size and the dimensions of the mountains.

“We do not know what will happen (…),” said Gabriela Alfaro, Teletica manager of corporate image. Teletica owns  the Miss Costa Rica franchise in the country.

Alfaro hinted that most likely it will be removed from the costume, and the motivation was behind the design was patriotism. “We are not trying to do any vulgar or offensive.” said Alfaro.