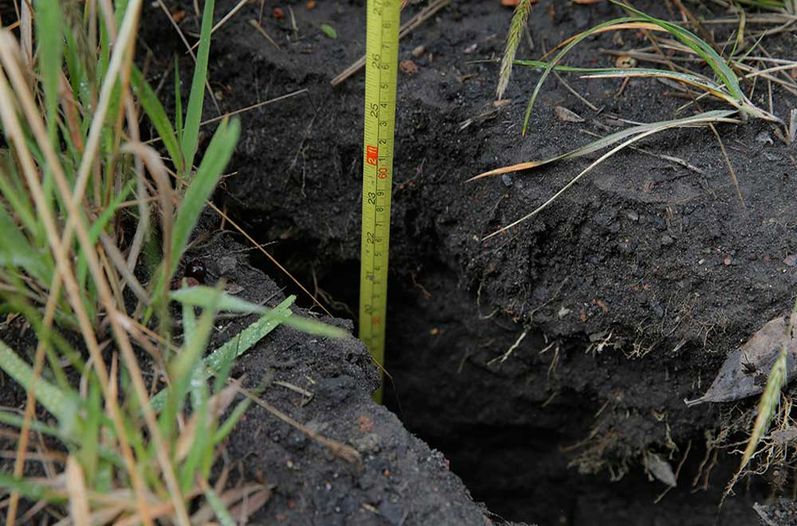 QCOSTARICA – A crevasse (crack) in the side of Irazu Volcano threatens seven telecommunications towers, including those of emergency systems as police, airport, radio and television stations.

According to seismologists at the Universidad de Costa Rica (UCR) – University of Costa Rica, the crevasse is almost 100 metres (300 feet) long an about 10-15 centimetres (4 to 6 inches) deep an in some place up to one metre (3 feet).

Julio Torres, a geologist of 20 years’ experience, told La Nacion that sooner or later the ground at the side of the antennas will give way, leading to towers falling. “The question is not if but when it will happen,” Torres sai.

Geofroy Avard, vulcanologist  at the Ovsicori, explained that the fracture occurred due to a series of tremors recorded on December 17. Avard and his team visited the volcano between December 26-30 and alerted Parque Nacional Volcán Irazú – national park officials of their find.

Lidier Esquivel, of the Investigación y Mitigación de Riesgo de la CNE (investigations at the National Emergency Commission) admitted of not being aware of the problem earlier and that an inspection will be made this week by the Red Sismológica Nacional (RSN), the National Seismological Network.

Alexander Araya, who has worked the volcano mountain for the last 14 years, told La Nacion that he has never before seen cracks so deep.