Coronavirus in Costa Rica: 15 new cases confirmed, for a total of 830 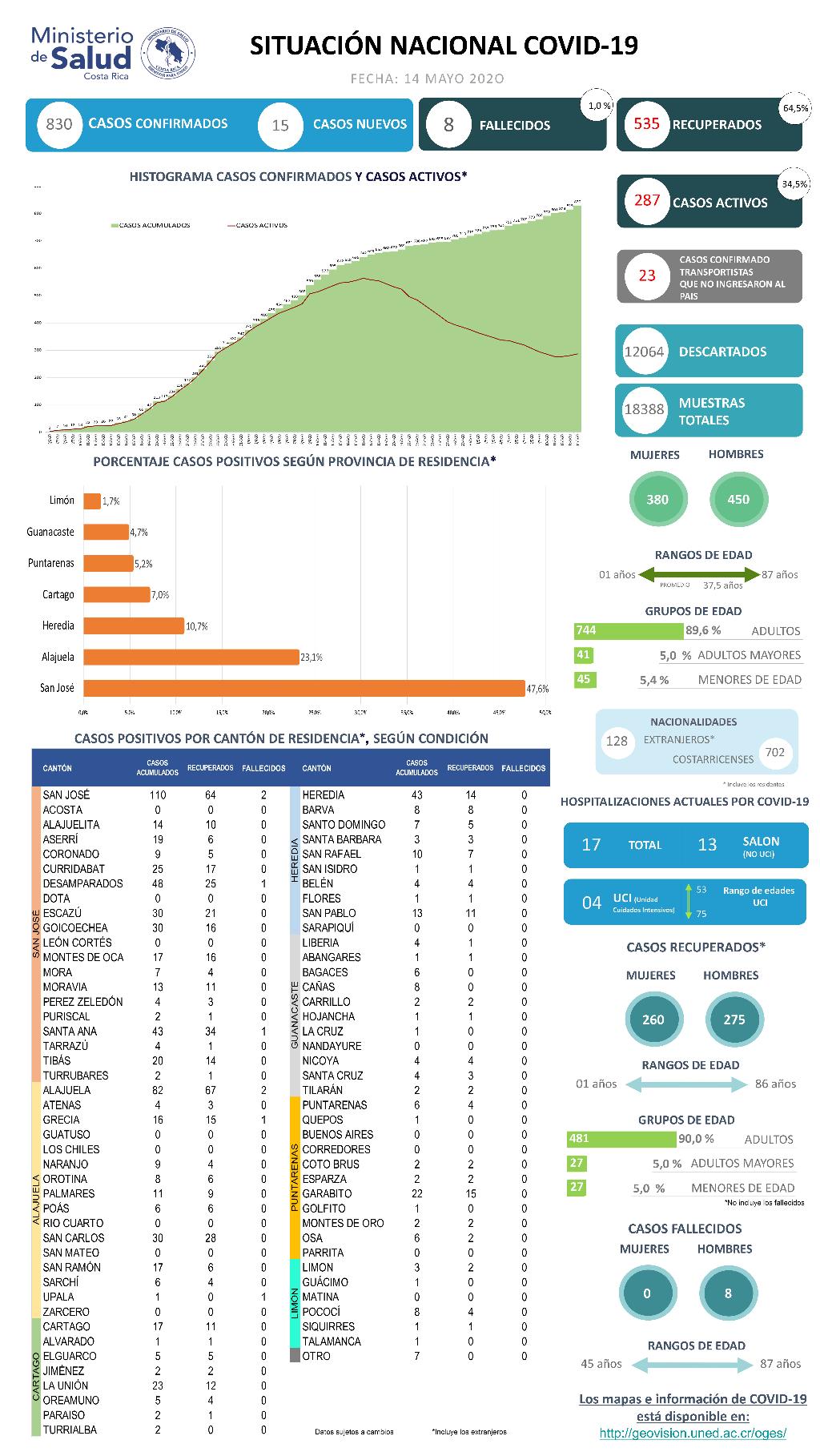 With an increase of 15 new confirmed cases, the number of infections in the country since March 6 reached 830 this Thursday, May 14.

The information was provided by the Minister of Health, Daniel Salas, by video on Thursday, explained the high number of new cases (the number had been under 10 mostly for the last few weeks) were due to four people testing positive arriving on the Madrid flight Tuesday night, nine new cases confirmed in the immigration holding center in Heredia, and one linked to a cluster in Liberia, and whose trace link is under investigation.

In addition, Likewise, Salas said, there were four truckers from Nicaragua who tested positive at the border, who were denied entry to the country.

So far, 23 truckers from the northern neighbor have tested positive, more than the 15 official confirmed cases reported by Nicaragua’s Ministry of Health.

Mario Ruiz, medical manager of the CCSS, explained that so far, since March 6, 140 Caja hospital officials have been infected with the covid-19; one of them passed away. This is the case of the doctor Reinaldo Albernas, 54, whose death occurred after more than a month of being in the Intensive Care Unit (ICU) at the Hospital México.