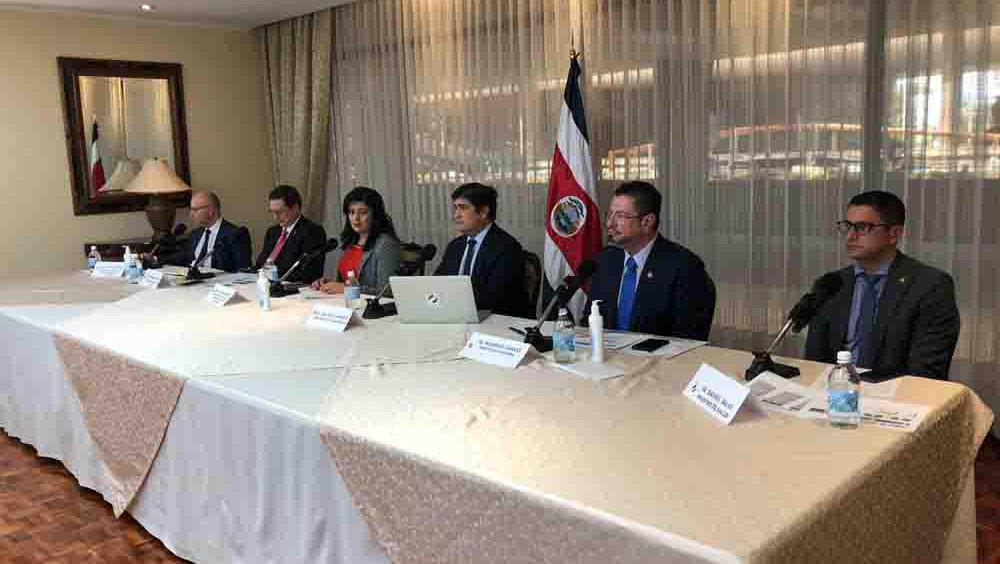 In the mid-day briefing, Health Minister, Dr. Daniel Salas said the number of confirmed cases increased by 32 over the previous day, the total today is 263.

Nine are hospitalized, five of which are in intensive care, their age from 36 and 66.

“We have 263 cases, many of them have already transmitted to others who will manifest symptoms in the following days if we let our guard down. Let’s remember that every infected person infects three others on average,” said Minister Salas.

“We have not reached the peak of the curve, we are several weeks away from reaching that, and when we can gradually relax the measures, but at this time it is very necessary that we follow the recommendations to stay home,” he added. 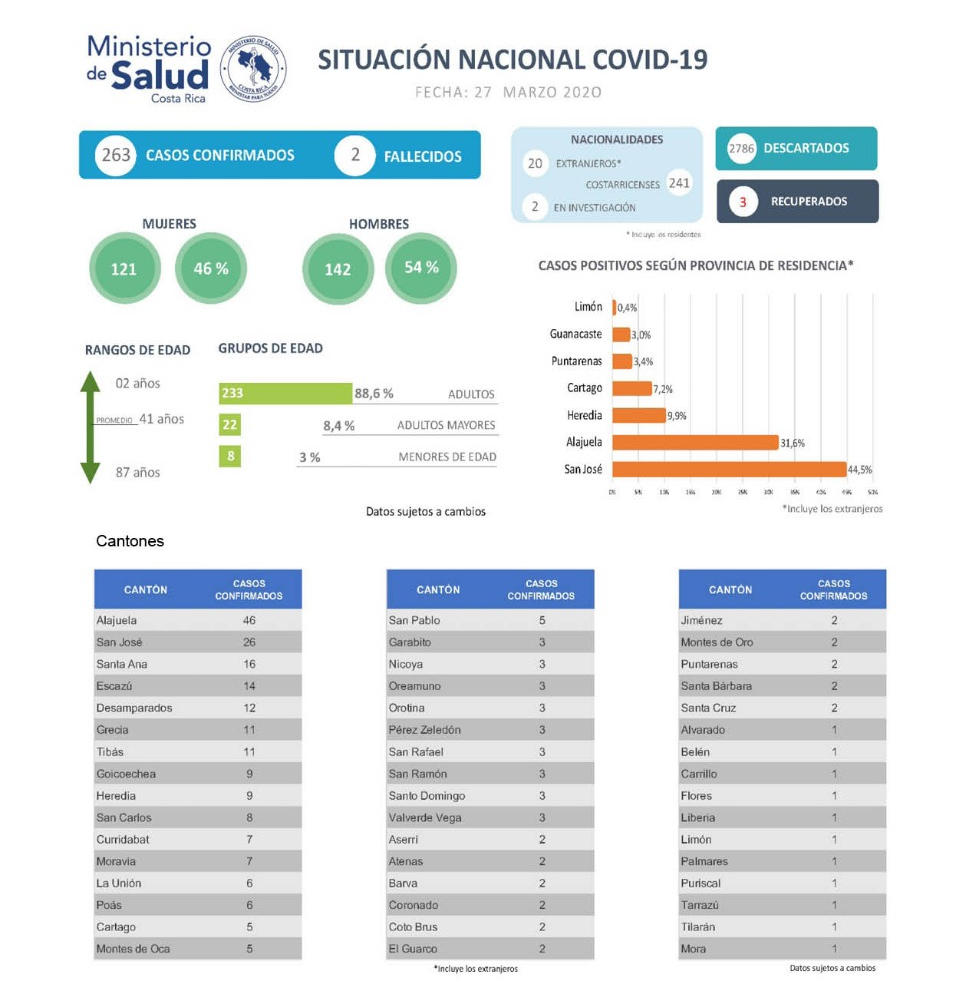 On that tone, The Minster of Security, Micheal Soto, expressed frustrations over reports that this Friday morning there were more people on the roads, like the Ruta 27, the Circunvalacion and La Uruca.

To that end, the minister announced an important change in the vehicular restrictions applicable countrywide: starting Saturday, March 27, the restriction starts at 8 pm (and not 10 pm) and continues to 5 am.

On Monday, it goes back to 10 pm and then for the following weekend, starting Friday, April 3, it will again be from 8 pm.

According to Soto, in the first two days of the restrictions, 212 drivers have been fined -(159 on Tuesday (the first day) and 169 on Wednesday.

In addition, 27 people have been arrested for not respecting the Health order placed on them.