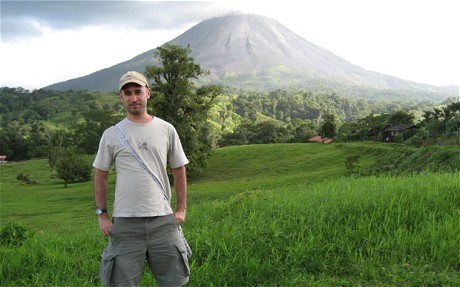 Three years after his disappearance in Costa Rica and the Dixon family is no nearer to finding out what happened to their son.

Michael was last seen leaving his hotel in Tamarindo, Costa Rica on 18 October 2009. The British and Costa Rican response to the incident has been bugged by incompetence and false hope from start to end.

The Foreign Office did not tell the family that the hotel had reported him missing because “people choose to go missing all the time.” The family only found out Michael was missing one week later when he did not show up to work.

Last year the Dixon family met Jeremy Browne, former British Foreign Minister for Central and South America, to seek his help in organising a British police mission. One year later and no progress has been made.

As the Dixons prepare for a fourth Christmas without Michael, the FCO has now informed the family that it does not know the name of the person responsible in Costa Rica to make it happen.

The Dixon tragedy is not an isolated one. Since 2009 there have been at least nine other EU and US citizens who have gone missing or been murdered in Costa Rica. But the country is still depicted as a safe haven for tourism.

The Dixon family continue their appeal to the local community in Tamarindo to speak out if they have any information about what happened.

“We realise that the Costa Rican police has no intention of resolving these cases of missing tourists and this is why our last hope is for someone to come forward. Three years on, all we really want to know is what happened so that we can try to come to terms with losing our loved one,” Michael’s brother, David Dixon, said.