Nicaragua will end 2012 with a 5-percent growth of its Gross Domestic Product (GDP), according to estimates by the Economic Commission for Latin America and the Caribbean (ECLAC), while some structural backwardness must be still overcome. ECLAC thinks that 2012 prospects´ main support lies in the increase in exports and investments, showing better dynamism in job generation. 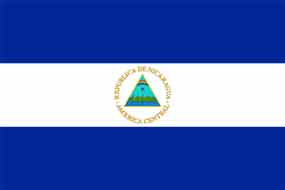 From January to September 2012, the FOB value of exportations increased 16.3 percent in contrast to the same period in 2011, since incomes reached 2,74,100,000 USD, according to official statistics.

The private secretary for National Policies in the Daniel Ortega administration, Paul Oquist, considers that Nicaragua is undergoing a process marked by job generation, and the reduction of poverty and inequality.

Compared to other Central American countries, Nicaragua shows the greatest structural backwardness in its economy, particularly in the agricultural sector, which guarantees the main income from export.