Starting in July, thanks to a pilot program, hundreds of Instituto Costarricense de Electricidad (ICE) users will be able to evaluate the performance and benefits of the 4G cellular network. 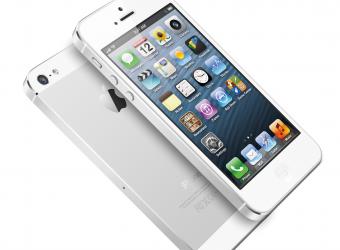 Teófilo de la Torre, president of the state telecom, made the announcment on Thursday, saying that a number of ICE selected customers will enjoy the network that will be launched in full service before the end of the year

De la Torre said that users will be chosen according to things: their constant use of mobile internet and availability to provide ICE feedback on the service.

Once the evaluation program is over, ICE technicians will be making the necessary technical adjustments before the commercial launch of the service.

Is a 4G phone (like the iPhone 4) a4G?
It’s becoming increasingly common to hear phone makers and mobile phone service providers hype their networks or phones as 4G (or sometimes 4G LTE). But what does that really mean? The iPhone 4 and iPhone 4S are sometimes referred to as the iPhone 4G, but does that mean that the iPhone 4 is a 4G phone?

The short answer is no. Cellular phones like the iPhone 4 and iPhone 4S are not 4G phones. At least they’re not when by saying “4G” you mean the 4G or 4G LTE cellular network standard (the successor to the 3G standard used by the iPhone 4 & 4S) that most phone companies are referring when they say 4G. To understand the confusion, though, requires understanding what people mean when they say something is 4G. The confusion happens because there are two different meanings for the term 4G.

The blackjack game is associated with excitement and joy. The players experience great enthusiasm while playing the game because of its great rewards for...
Coronavirus

Japan is beefing up measures against loneliness, taking a first major step toward comprehensively tackling a pervasive problem in the nation that has again...
Politics

QCOSTARICA - Searching for a consensus candidate in the Partido Liberación Nacional (PLN) for the 2022 presidential elections, is the intention of two-time former...
Politics

QCOSTARICA - Costa Rica already reports variants of SARS-CoV-2, the virus that causes covid-19 that emerged in the United Kingdom and South Africa and...
Politics

QCOSTARICA - Restricted borders, increased immigration patrols, limitations in transportation and movement and the pandemic has not deterred Nicaraguan migrants from arriving in Costa...
Health

QCOSTARICA - Costa Rica is on the verge its seventh consecutive week with a decrease in new cases of covid-19. Between Saturday (February 20)  and...