Was Morales A DEA Asset? 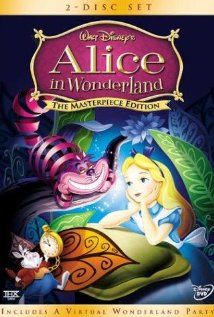 Curiouser and curiouser. President Laura Chinchilla must feel like Alice in Wonderland. Every time the name Gabriel Morales pops up, the affair of her trip to Peru gets more bizarre.

The convoluted story got even more twisted Tuesday when the Colombian newspaper El Tiempo reported that Morales, the alleged owner of the private jet that whisked the President to Peru, (see previous articles: ) was used by the U.S. anti-drug agency DEA to obtain information.

Even more unlikely is that the paper claims Morales was given a free hand to use Costa Rica as a refuge in payment for the data on drug cartels in Colombia, his native country. Specifically, the DEA wanted data on money laundering, the paper implies.

Just how this was done, since Costa Rica is a sovereign nation, was not explained. Presumably this country would have had to willingly participate somehow. But Chinchilla told El Tiempo that she had no knowledge of such a pact.

Tuesday, speaking about the trip in a press conference, Chinchilla said the whole affair had caused her “profound pain.” The obscure, questionable background of Morales had affected her image personally, the President said, but not that of the presidency as an institution.

As her own party leadership backed away from the President, she herself put some space between herself and responsibility for the embarrassing loan of the aircraft. “You can’t expect the president of a republic to administer her own agenda,” she said, “Others are responsible and they have to answer for it.”

And they have — two of her inner circle resigned and her deputy security minister has been replaced as responsible for her security. One of them, former Communications Minister Francisco Chacon, still maintains that everything connected with the plane appeared squeaky clean.

<pAnalysis: If the now-unsubstantiated report in El Tiemposhould turn out to be true, it raises further questions in an affair full of them. How could the DEA, which works closely with local anti-narcotics police, so overstep its bounds as to offer refuge to anyone in a foreign country?

Could DEA have possibly gained the approval of the Foreign Ministry or other local authority? Or did someone in the Presidential Offices or the Security Ministry smooth the way for Morales?

And the opposition in the Legislative Assembly will undoubtedly make political hay with a Watergate-type question: What did the President know and when did she know it?

If the answers are “nothing” and “too late,” it will make her seem like an innocent bystander in her own Administration and that could become a damaging political issue in the 2014 election campaign.