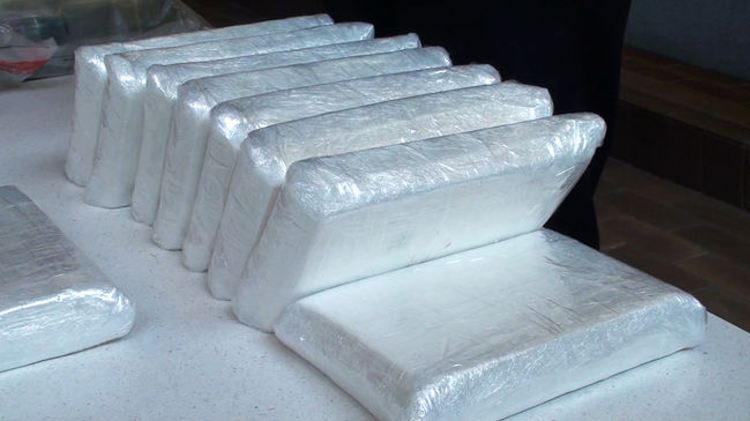 Costa Rica has become a major transit country in the drug trafficking trade, now a key transfer point for cocaine in America, according to the latest UN report.

The country became key for smuggling cocaine across the continent and to markets in Euorpe, so says the Report of the International Narcotics Control Board for 2013. 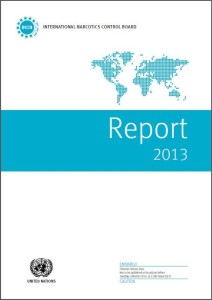 The report, presented in New York a few days ago, says that the consignments of cocaine into the country has increased in recent years. While an average of five tons were seized annually between 2000 and 2005, those amounts increased to an average of 20 tons per year between 2006 and 2010.

The report continues that trend has been further confirmed, with total seizures of almost 15 tons during 2012. It is estimated that nearly 80% of cocaine reaches Costa Rica by air. In addition, it has been identified as a major transit country of cocaine for further smuggling to Europe by couriers on commercial flights. This route seems to have been used to a lesser extent in more recent times. This development is perhaps related to the increasing role of the Dominican Republic as a transit country for cocaine smuggled on commercial air flights to Europe.

Maritime vessels in transit through the Caribbean are another important means of transport for cocaine destined for Europe.

Last year the Costa Rica’s Policía de Control de Drogas (PCD) – Drug Control Police – busted a “purely” Costa Rica narco group, who sent drugs in containers to Antwerp, Belgium. That group, according to the PCD investigation, operated with the help of two bank officers and an official of the Fuerza Publica (police).

Costa Rica and Panama are among the 70 countries that reported the appearance of new psychoactive substances, a growing trend which poses challenges to the regulatory and enforcement authorities and carries serious health consequences, as the effects of such substances on the human body are not fully understood or known.

In 2012 in Costa Rica, a national survey of drug use among secondary students was carried out to determine levels of drug abuse among students attending public and private high schools. In total, 5,508 students from seven provinces were interviewed. According to the survey, the average age of initiation of cannabis use was 14.3 years. The results of the survey indicate a significant increase in cannabis use, from 6.8  per  cent in 2009 to 9.7  per  cent in 2012.

Costa Rica is also an important source fo cannabis in the reaion, where authorities seized 1,214,056 marijuana plants in the first half of 2013.

Carlos Alvarado, director of the Instituto Costarricense Sobre Drogas (ICD) – Costa Rican Drug Institute, says the document has several inaccuracies that differed from the drug problem realities in the country.

The director says he does not share the conclusions in the report with respect to air movements and cocaine seizures in the report.

“There is in accurate information related to drug trafficking in Costa Rica. Costa Rica has significant traffic by sea … the report says that 80% of traffic is by air, which is inaccurate”, explained Alvarado.