Costa Rica Advances to Round of 16

COSTA RICA NEWS – Costa Rica has done it again, beat another World Cup champion, in a goal by Bryan Ruiz to give the Ticos a 1-0 over Italy.

The win Friday was totally unexpected, following up their win over Uruguay. With two consecutive wins, the Ticos advance to the round of 16 play.

[su_pullquote class=”H2″]Celso Borges, referring to Costa Rica qualifying for the second round for the first time since Italia ’90, said: “Let the people enjoy, because we’re going for more. We’ve tied our history but we want to be immortal.”[/su_pullquote]Costa Rica going into the game with Italy, was the underdog. Perhaps that was their strength, not being taken seriously by the four time champions who didn’t play at the top of their game, thinking maybe this would be an easy win.

In the first half, the Italians played a cat and mouse game until Ruiz’s goal in the 44th minute. For the Ticos, the goal was sweet vengeance as moments before Ruiz’s goal Costa Rica had a penalty appeal waved away when Joel Campbell was bundled over by Giorgio Chiellini.

Coming into the second half, the Azzurri just couldn’t break the Tico defence and failed to score at each opportunity. The Ticos played it tight, keeping their eye on the ball and their opponents at all times.

“We gave our all. They did well to block every pass,” Italy coach Cesare Prandelli said. “There’s no worry now. We just need to regain our energy.”

“Those who haven’t supported us may believe in us right now,” Ruiz said in an after game interview.

“We did what we needed to do, we took away the game from the Italians,” Costa Rica coach and Colombian native, Jorge Luis Pinto said.

While Costa Rica has locked in the group and the English are out, there is still hope for the Italians and Uruguayans for second spot. Italy can still advance with a win or even a draw with Uruguay, since it leads on goal difference which is the first qualifying criteria. Uruguay has to have a win. 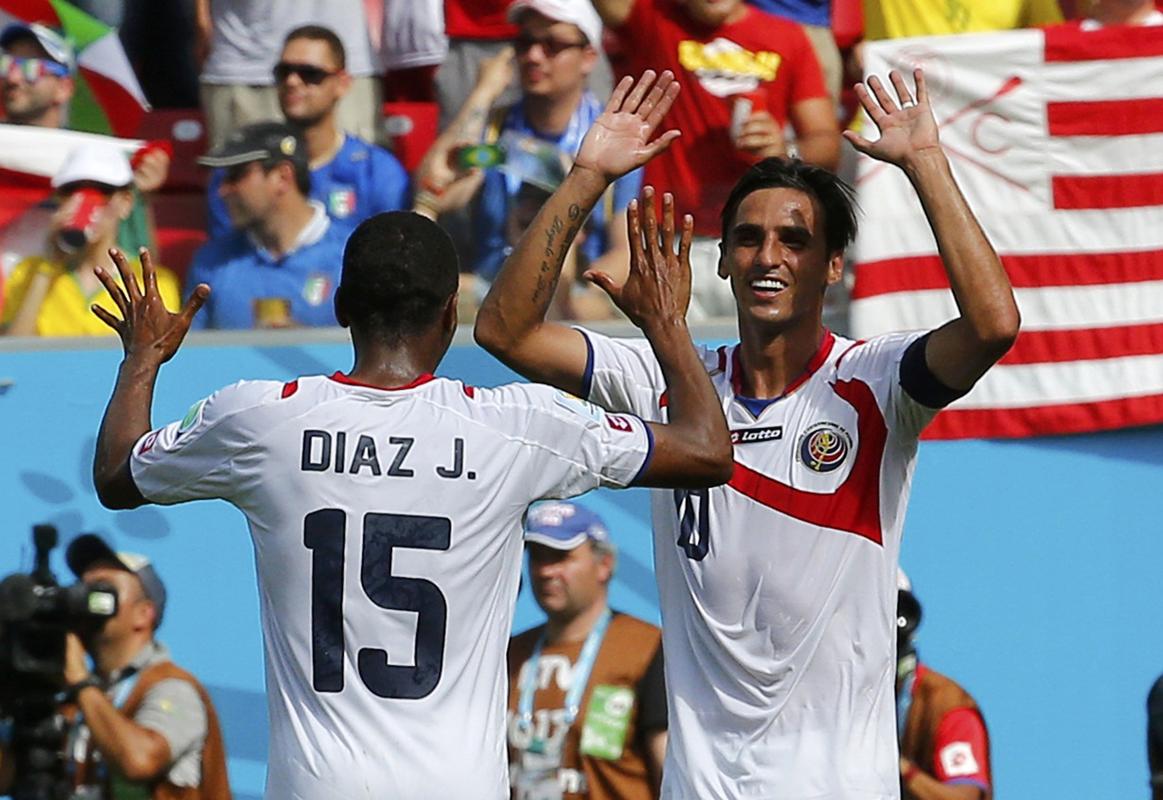 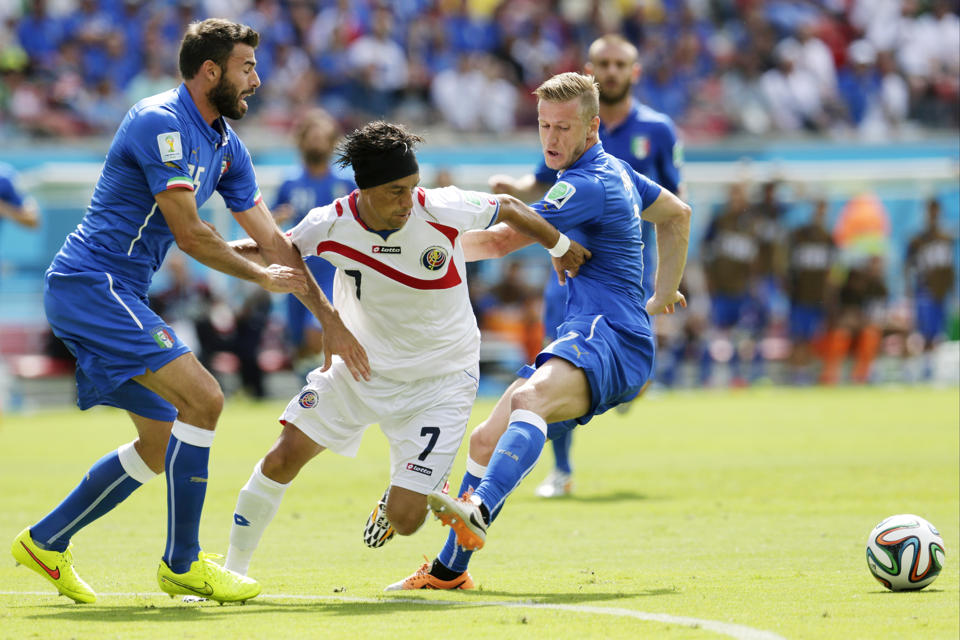 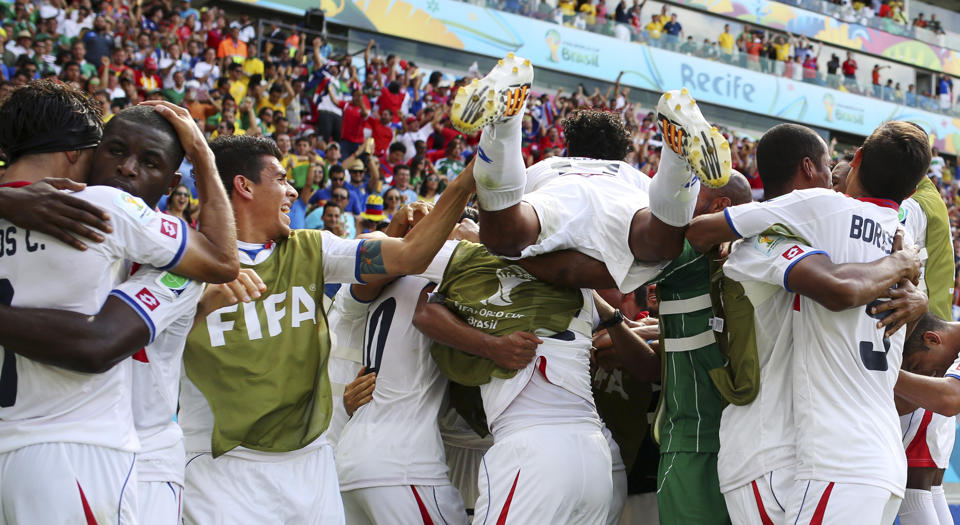 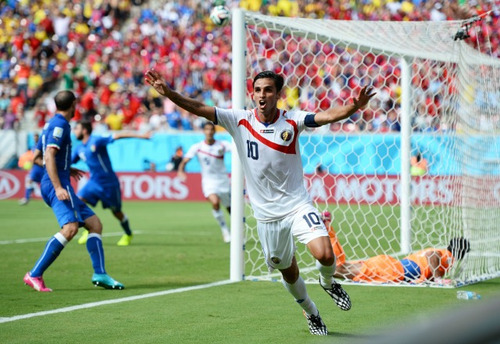