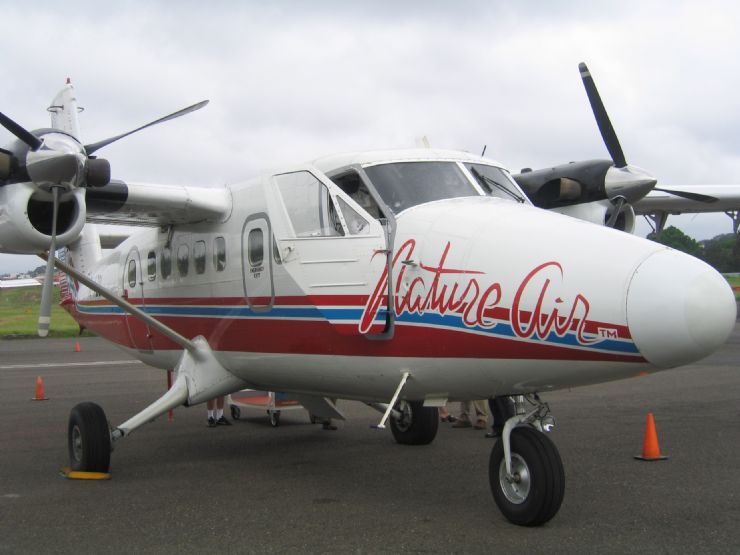 A weighty matter transpired at the Tamarindo Airport on August 19th. Luis Fernando Sanchez, a portly man who tips the scales at 136 kilograms (about 300 lbs) was charged twice the normal airfare on Nature Air, Costa Rica’s first carbon-neutral airline. The incident left Mr. Sanchez with a heavy heart, and thus he chose to go public with his story. 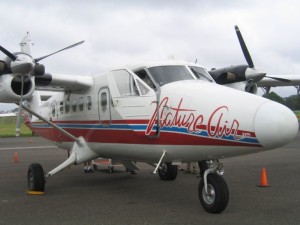 Mr. Sanchez told Auxiliadora Zuniga of daily tabloid La Teja that he had just finished a five-day vacation at Playa Tamarindo, one of Costa Rica’s most popular beach destinations. According to Mr. Sanchez, he opted to not travel back by bus to the Central Valley because he suffers from seven spinal disc herniations caused by his excessive weight.

“I opted to fly back to reduce travel time so that my spine would not be affected as much.”

Domestic air hops in Costa Rica tend to be rather bumpy and somewhat scary affairs, but still Mr. Sanchez planned to fly Nature Air. Before boarding, however, a ticketing agent informed him that due to his corpulence, Mr. Sanchez would have to pay double. A ticket reportedly costs 23,000 colones (about $46), but for Mr. Sanchez ended up shelling out approximately $92.

“Just think if I did not have the money on me, what would I have done? This is an outrage; they should actually be looking out for people like me who have difficulties [getting around]”

Mr. Sanchez uses a walker on occasion, and he is aware that he must lose weight for his own sake. Upon landing at the Tobias Bolanos Executive Airport in Pavas, Nature Air staff helped Mr. Sanchez with his walker and provided him with a chair until he was picked up.

Nature Air’s customer service director, Gabriela Mejia, told La Teja that the airline’s Internet reservation system informs passengers who weigh 300 lbs or more that they must pay for two tickets. At no time, Ms. Mejia stated, did Nature Air tell Mr. Sanchez that he was too fat to fly.

“Our staff is trained to tell passengers that the double ticketing is applied to big travelers and that it is done for their own safety and the comfort of other passengers.”

Ms. Mejia added that it does not matter if passengers cannot fit into just one of Nature Air’s ample seats or not; it is just a matter of weight measurement. Mr. Sanchez indeed fits into one seat.

Mr. Smith, who has quite the sharp wit, posted a series of hilarious tweets about the incident, which put Southwest Airlines in an uncomfortable position, particularly since Mr. Smith had indeed previously purchased tickets for two seats, but he was flying standby and seating was limited.

Like Mr. Sanchez in Costa Rica, Mr. Smith acknowledged that his stoutness was something he should work on, but the fact remains that in 2013 the airline industry seems to continue the trend of extracting more money from passengers with excessive adiposis.