The End Of Tico Time In Costa Rica 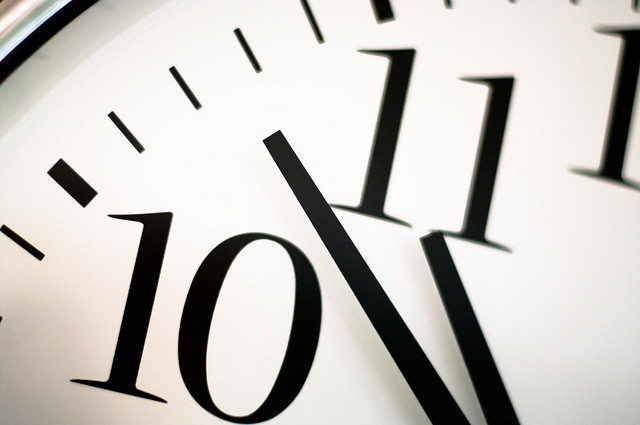 The proliferation of corporate parks and free trade zones, coupled with an expectation of increased productivity and upward mobility, are causing people in Costa Rica to yearn for simpler times not long ago. According to a 2013 survey by polling firm Unimer for national newspaper La Nacion, the infamous Tico Time is disappearing and giving way to stress and dissatisfaction with life.

At the end of the 20th century, time used to flow like sugar cane molasses in Costa Rica. These days, however, the flow has quickened to the speed of Class 5 white water rafting down the rapids of the Pacuare River. This is how La Nacion described what it feels like for Roxana Duran, a young woman from Hatillo 2, who has an 11-year old daughter and not much time to spend with her:

The traffic light above is red, and the line of cars behind it is growing and moving slowly. The stress level is growing because it is almost 8:00 in the morning and you are going to be late for work. Again.

The loud horns multiply and drivers are now getting edgy, running down their windows and yelling all kinds of colorful, yet very profane and intimidating, insults that they hope will make the traffic move -but it doesn’t. Throughout the day, Roxana will feel that the clock is bearing down on her.

It’s hard because I want to stay home and I can’t. Our financial situation makes it impossible for one breadwinner to handle it all.”

The 24 hours in one day are not sufficient for Roxana nor for a significant portion of the population in Costa Rica; according to a survey by Unimer that compared life in Costa Rica between 2002 and 2013. It turns out that most of the 1,200 Ticos polled are not satisfied with their quality of life as it relates to their family, their romantic partners and God. The culprit: Time, or the lack of it.

What Happened to Tico Time?

It is all part of a global pattern. The hedonic treadmill was marketed in Costa Rica, and Ticos fell for it. Eduardo Gomez, a time management researcher queried by La Nacion explained that:

“We live in distraction society. People create these urgent matters that aren’t, or at least did not used to be urgent in the first place. This happens because there is no planning or focus on what people really want.”

In the past, Ticos knew exactly what they wanted, and productivity or racing to punch the clock on time were not high on the list. Spending time with family and enjoying life, however, were pretty high on that list. In 2002, people in Costa Rica expressed 88 percent satisfaction with their home and family life. That figure has dropped to 80 percent in 2013.

And there is the matter of work itself. Although productivity is at an all-time high, job satisfaction has gone from 74 percent to 44 percent. The more disgusted workers are in Costa Rica, the better their work output. A 15-hour work shift is not so rare anymore, particularly for technicians and junior managers working for multinational companies located in our free trade zones.

Roxana’s husband, Jorge Quiros, is a taxi driver who witnesses first-hand the rush-rush, go-go attitudes that are signaling the end of Tico Time:

“We are slaves to the clock but poorly organized. I see people get into my cab, look at their watch and ask for the quickest route to their destination. They don’t even say hi anymore.”

People in Costa Rica complain about long lines now, but they did not do so in the past. Cutting in line was never even considered. Salaries are improving, but people are spending more. More Ticos are worried about their job and financial prospects, so they study longer and spend more on education, or else they fall prey to the burgeoning unemployment industry. Women in Costa Rica have passed men in terms of education, but they are reluctantly abandoning their households to join others at work and make ends meet.

All of a sudden, Tico Time seems like a wonderful concept; alas, one that is destined to disappear.

Editor’s note: This article is not about the Tico Times newspaper.

QCOSTARICA - The fact that the number of infections...
Panama