Costa Rica among the countries with the lowest growth this year in Latin America: World Bank

The region should have the cheapest electricity in the developing world, but instead has the most expensive, essentially due to inefficiencies.

QCOSTARICA – Costa Rica is among the countries with the lowest expected growth in production in Latin America and the Caribbean this year, according to the new semiannual report of the World Bank for the region entitled: “Back to Growth”, which published on March 29. 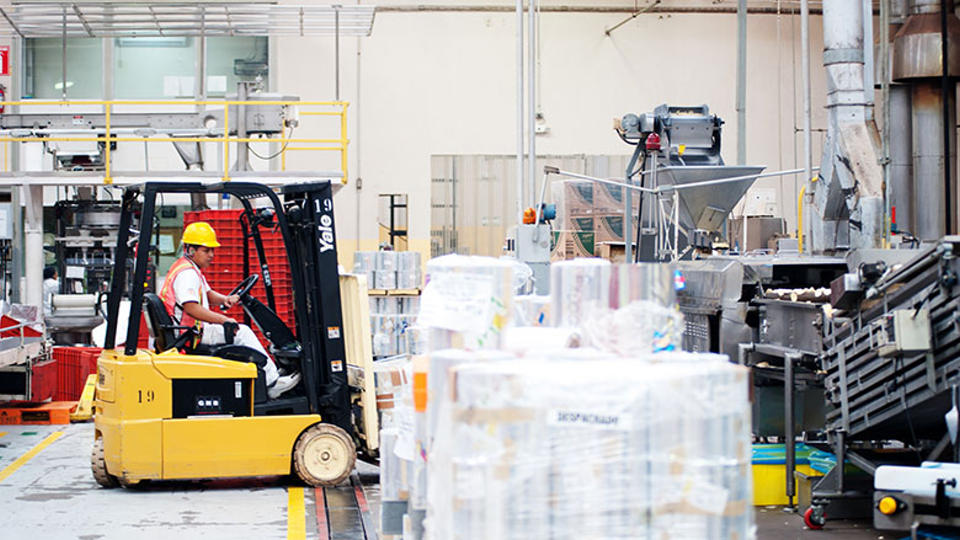 The World Bank forecasts growth in Costa Rica’s production of 2.6%; 3.3% and 3.1% for this and the next two years, respectively.

The 2.6% is below the 4.4% Latin American and Caribbean average, excluding Venezuela.

In 2020, Costa Rica was among the countries whose production fell the least with the pandemic. In that year the Gross Domestic Product (GDP) decreased 4.6% according to the World Bank; below the Latin American and Caribbean average of a 6.7% reduction.

The increase in production estimated for this year by the international organization coincides with the forecast of the Central Bank of Costa Rica and the 3.3% for 2022 is slightly lower than that expected by the local authority, of 3.6%.

The World Bank explains, in its report, that forecasting the economic growth of the region in 2021 is a challenge because much depends on how the pandemic develops in the coming months.

“The development of safe and effective vaccines in just one year from the first covid-19 outbreak is an unprecedented scientific achievement. But producing vaccines on the scale necessary to stop the pandemic is a challenge,” said World Bank.

With low doses and limited capacity, vaccine launch is slow in most of the region, implying that herd immunity cannot be obtained before the end of the year. Furthermore, it is also unclear how effective vaccines will be against new variants of the virus.

The repercussions of the pandemic in the region are severe, according to Carlos Felipe Jaramillo, vice president of the World Bank for the Latin American and Caribbean region.

“The damage is severe and we are seeing a lot of suffering, particularly among the most vulnerable (…) but we must always look forward and take advantage of this opportunity to carry out the necessary transformations to ensure a better future,” said Jaramillo.

The sharp contraction caused by the pandemic last year had enormous economic and social costs. The unemployment rate in general increased and poverty soared, although in some countries the massive use of social transfers did much to cushion the social impact of the crisis, the agency said in a statement.

The Covid-19 crisis will have a long-term impact on the economies of the region. Lower levels of learning and employment are likely to reduce future earnings, while high levels of public and private borrowing can strain the financial sector and slow the recovery. 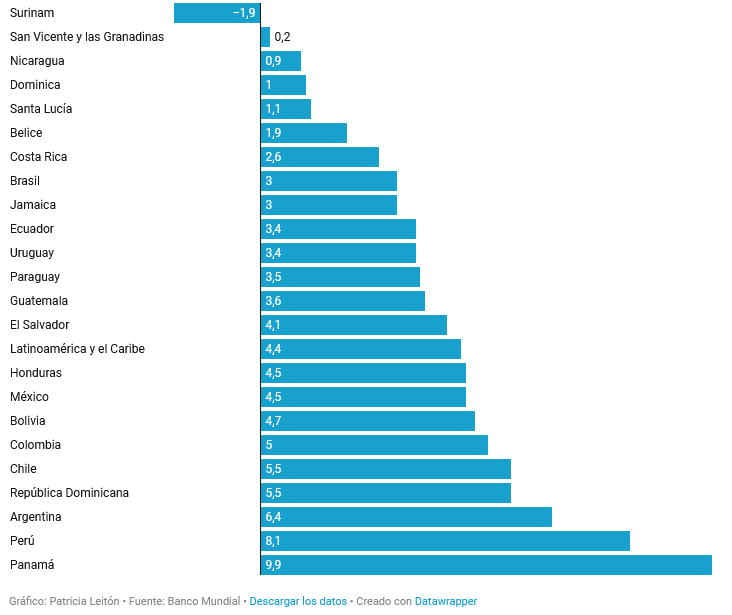 There are also some encouraging international developments and new opportunities.

First, while world trade in services declined dramatically, trade in goods has held up relatively well. And given the rapid recovery in East Asia, and China, in particular, most commodity prices are now higher than before the COVID-19 crisis, which benefits countries that export these products.

Second, remittances to the region have also increased relative to the time before COVID-19. This is encouraging, given its enormous importance for the standard of living in several countries of the Caribbean basin and Central America.

A third positive development has been the continued access to international capital markets by most of the countries in the region.

“In fact, foreign loans increased during the pandemic, which contributed to supportive economic policies despite limited fiscal space,” the report indicates.

“As economies rebound this year, some sectors and companies will win and others will lose,” said Martín Rama, World Bank chief economist for the Latin America and the Caribbean region.

“This pandemic led to a process of creative destruction that can result in faster growth but can also widen inequality within and between countries in the region,” Rama added.

For example, hotel and personal services can suffer long-term damage, although information technology, finance, and logistics will expand.

In the medium term, the gains may be greater than the losses. The biggest transformation may result from accelerated digitization, which could lead to greater dynamism in financial intermediation, international trade, and labor markets, the statement added.

Technology, the report added, also represents an opportunity to transform the energy sector.

It argues that Latin America and the Caribbean has the cleanest electricity generation matrix of all developing regions, mainly due to the abundance of hydroelectric energy. The region should have the cheapest electricity in the developing world, but instead has the most expensive, essentially due to inefficiencies.

Businesses and households in the region pay much more for the electricity they consume than it would cost to generate it. These inefficiencies are reflected in frequent blackouts, technical and commercial losses, overstaffed public companies, and abuses of market power by private generators.

“With an adequate institutional framework, technology can increase competition in the sector, thus reducing the price of electricity and increasing the share of renewable energy,” the report added.

For example, distributed generation can make companies and households depend on their own energy sources, such as solar panels, and buy or sell electricity on the grid depending on the time of day.

Additionally, an increase in cross-border electricity trade can take advantage of differences in installed capacity, generation costs, and demand seasonality to generate mutual benefits. However, this efficiency improvement will only take place if electricity can be bought and sold at an appropriate price.

QCOSTARICA - The Municipality of Heredia will place four surveillance cameras on a section of the General Cañas highway that has registered an escalation...
Front Page

QCOSTARICA - Emily Vega Espinoza, 43, tragically lost her life when the car she was driving crashed head-on into a tanker truck. The incident occurred...
Health

QCOSTARICA - Following is a translation of the editorial in La Nacion Friday following the report that the last 3 kilometers of the expansion...
Limon

QCOSTARICA - For the third consecutive night, the Ruta 32, which connects San José with Limón, was closed from 7 pm Friday and until...
Culture

QCOSTARICA - The building that housed the Key Largo adult entertainment center, in the heart of San José, will have a new facet: it...
Vaccine

QCOSTARICA - With the entry of the fifteenth shipment of vaccines against the SARS-CoV-2 virus, this April 13, Costa Rica exceeds one million doses...