By Rico
2 days ago 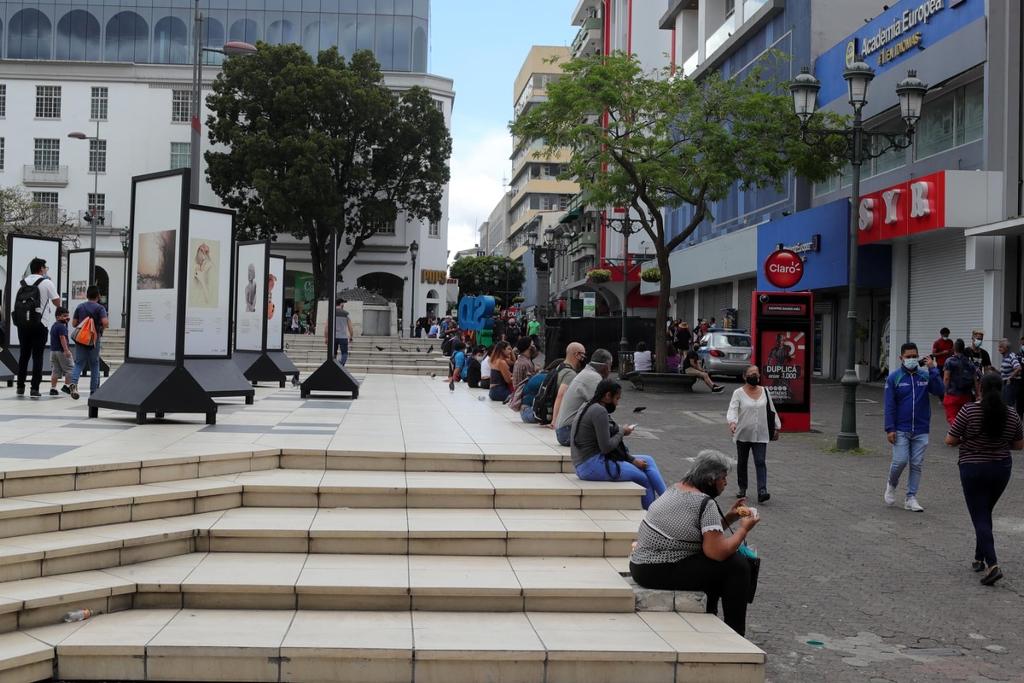 QCOSTARICA – Costa Rica and Uruguay are the Latin American countries with the greatest capacity to identify and punish corruption, according to a report published this Wednesday that draws a “heterogeneous panorama” in the fight against abuses of public management in the region and highlights setbacks in Mexico and Brazil. 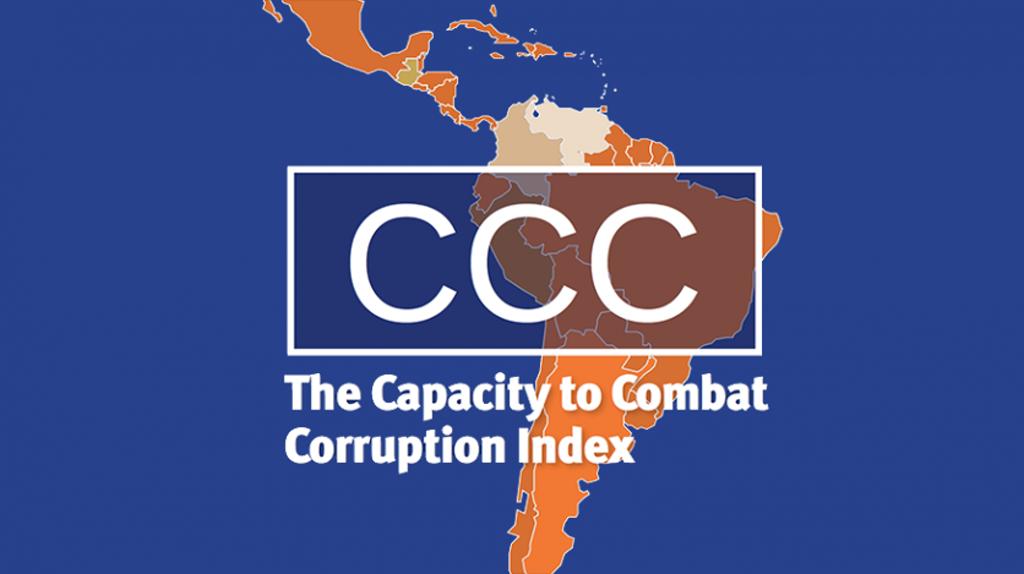 The last three countries in the Latin American ranking prepared by the Americas Society/Council of the Americas (AS/COA) think tank and the Control Risks consultancy are Guatemala, Bolivia and Venezuela, in the same positions they occupied in the 2021 list.

The 2022 Capacity to Combat Corruption Index (CCC Index) is the fourth edition of AS/COA and Control Risks’ study that scores 15 Latin American countries and their ability to detect, punish, and prevent corruption.

The CCC Index looks at 14 key variables, including the independence of judicial institutions, the strength of investigative journalism, and the level of resources available for combating white-collar crime. These variables are divided in three categories: legal capacity, democracy and political institutions, and civil society and media. Countries’ overall scores are a weighted aggregate of these three categories. Read the report here. 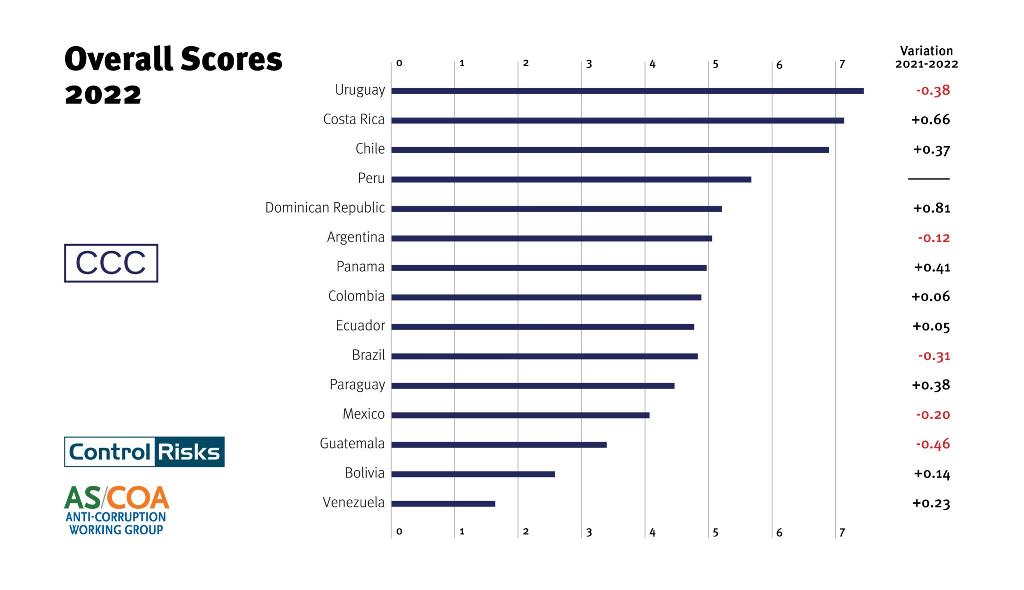 Costa Rica (7.11) registered an overall growth of 10% over the previous year, surpassing Chile (6.88) for the first time in the ranking. The country experienced a “moderate improvement” in both the “legal capacity” against corruption category and the “democracy and political institutions” category.

Despite a nearly 5% drop in its overall score, Uruguay returned to the top position in the index, which it has held since 2020.

The country’s score (7.42 out of 10) fell this year in aspects such as the effectiveness of its anti-corruption agencies and available resources, but it still exceeded the regional average in all the variables analyzed thanks to its “independent institutions, its active civil society and its strong democratic credentials,” the report stresses.

“Culturally, Uruguay has some differences with other Latin American countries. It is perceived that Uruguayan society is much more combative with corruption,” Silvana Amaya, senior analyst at Control Risks, told Efe.

The Dominican Republic was the country that saw the greatest improvement in its score (5.19) and has recorded an upward trajectory in the last two years.

“The Dominican Republic is a success story that has caught our attention,” Amaya emphasizes, detailing that public access to information and government transparency have particularly improved in the country.

Argentina, on the other hand, has seen its score reduced by 2%, to an overall score of 5.04, and falls to sixth position due to the decline in the independence and efficiency of its anti-corruption agencies.

Despite the fact that “the setbacks of recent years have not fully reversed decades of institutional strengthening”, the score regarding Brazil’s legal capacity to combat corruption has lost 8% compared to 2021.

“(Brazilian) civil society has been much less active in seeking that the government present better tools to fight corruption,” Amaya pointed out.

Mexico (4.05) experienced declines in all categories analyzed, but the most pronounced decline occurred in “democracy and political institutions,” reflecting “perceived efforts by the executive branch to interfere in legislative and political affairs.” judicial”.

The report warns that the Government of Mexico “plans to eliminate the Executive Secretariat of the National Anticorruption System, which would affect institutional efforts to combat corruption.”

Guatemala (3.38), Bolivia (2.57) and Venezuela (1.63), which close the ranking, share problems with “judicial independence,” said Amaya, who highlights the “difficulty with access to information” In Venezuela.

The report, underlines the Control Risks analyst, is not intended to “embarrass” governments, but rather to “identify where greater efforts are being made so that countries can share good practices, seeing, for example, that Chile and Uruguay are making things well.”