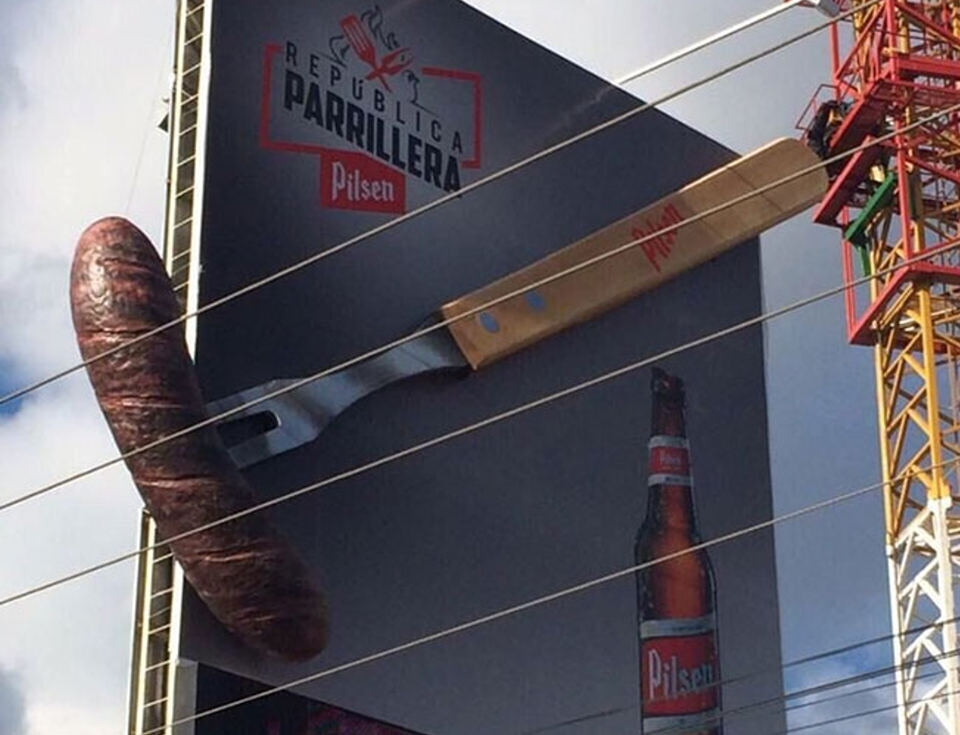 (QCOSTARICA) Adweek.com – Costa Rican drivers are getting an eyeful when they pass this billboard for Pilsner beer.

Looking at the front of the billboard, nothing seems amiss. But when viewed from behind … well, yeah, that does look like a giant penis, doesn’t it?

The ad is part of the “Republica Parillera Pilsen” (Pilsen BBQ Republic) for the beer brewed by the Cerverceria Costa Rica, the same people who bring us the Imperial, Rock ICE, Bavaria and more.

As always with such placements, there’s debate over whether this was intentional or a mistake.

Proponents of the former say it’s brilliant marketing, as drivers who approach the ad from the back are probably fairly likely to check out the front of the ad as they pass—behavior that precious few billboards provoke. 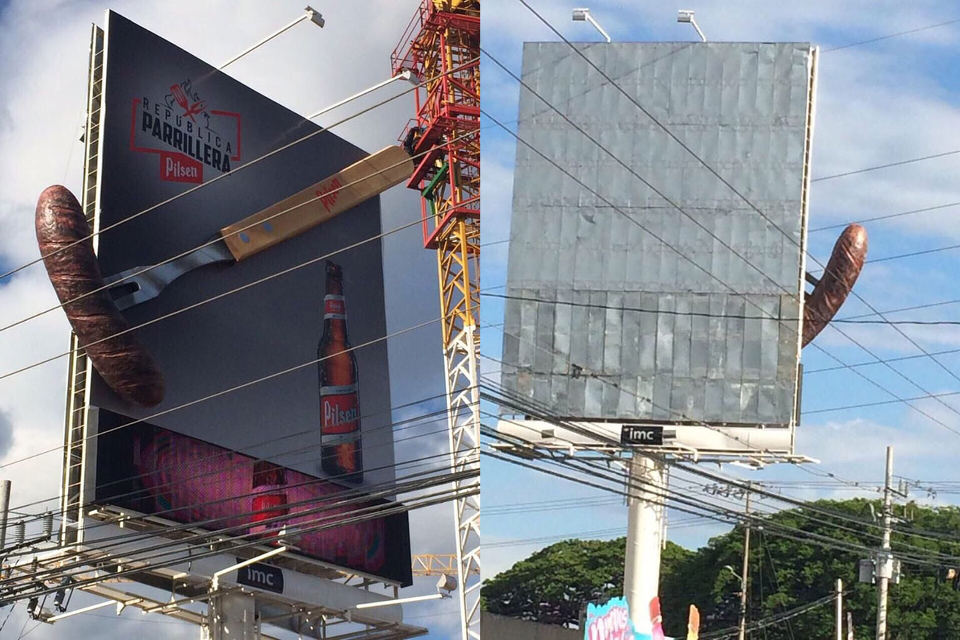 Those who think it’s a mistake can’t fathom the kind of balls it would take to put a giant dick on a billboard.

Article by Adweek.com, with editing by the Q.

Please use the comments section below if you spot the ad and where.