Costa Rica Celebrates 194 Years of Indepedence Today. Some Say It Should Be October 29. 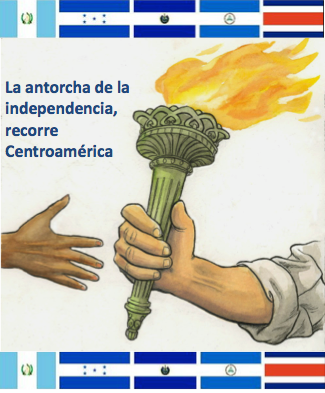 QCOSTARICA – Like the rest of Central America, Costa Ricans on this day, September 15, celebrate their independence.

However, a group is calling on a change in legislation to celebrate the day on October 29, the day the country proclaimed its independence from Spain and not the September 15 proclamation in Guatemala.

Costa Rica never fought for independence from Spain. In fact, independence surprise the some 50,000 Costa Ricans living in the province of Cartago, then the country’s capital, when on October 11, 1821 arrived the news that authorities in Guatemala declared the independence of all of Central America.

It was on October 29, 1821 that Costa Rica with a proposal that Central America join the Mexican Empire under the terms of the Three Guarantees of the Treaty of Córdoba.

After a brief civil war, in 1822 Costa Rica declared allegiance to the First Mexican Empire, which collapsed shortly after in 1823. At that time, Costa Rica and the rest of Central America united to establish the Central American Federation, or the Federal States of Central America. However, due to the country’s remoteness and lack of resources, the Federation showed little interest in its southern province and Costa Rica reaped few rewards from its involvement.

In 1834, the first Chief of State, Juan Mora Fernandez, signed the Aprilia Law to withdraw Costa Rica from the Central American Federation. In 1838, the second Chief of State, Braulio Carrillo, officially declared Costa Rica a sovereign state. However, in 1842, the new General Assembly claimed that the Costa Rica was still a part of the Federation. Costa Rica’s four main cities – San Jose, Heredia, Alajuela and Cartago – argued for years over whether to accept Federation membership or declare freedom. In 1848, the decision was made and Costa Rica again declared itself a sovereign nation.

So, even though the official date of independence is in 1821, Costa Rica had basically been on it’s own for some time due to Spain’s lack of economical, political and even religious interest in this very poor region.

That date is still celebrated as Independence Day in Costa Rica, even though, technically, under the Spanish Constitution of 1812 that had been readopted in 1820, Nicaragua and Costa Rica had become an autonomous province with its capital in León.

Use the comments/discussion form to tell the world your September 15 story.