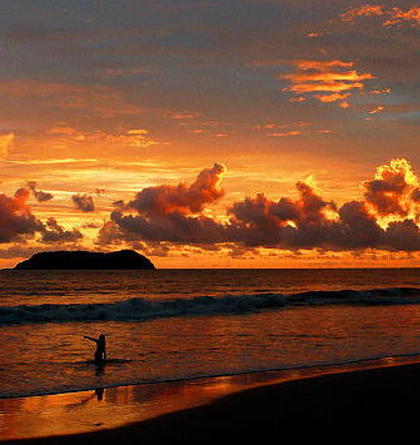 Semana Santa is big for tourism in Costa Rica, both for national and international tourists, as hotel operators and businesses ready to welcome the thousands of tourists that will be visiting them. Two of main tourist destinations are Jacó and Manuel Antonio, in Costa Rica’s Central Pacific coast.

One of the big attraction is the Parque Nacional Manuel Antonio (Manuel Antonio National Park), just south of the city of Quepos. Established in 1972 with an area enumerating 4,014 acres (16.24 km2) (the smallest of any Costa Rican national park), it is the destination of as many as 150,000 visitors annually and well known for its beautiful beaches and hiking trails. In 2011, Manuel Antonio was listed by Forbes among the world’s 12 most beautiful national parks. 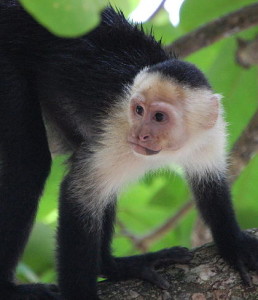 This park has one of the most impressive landscapes of the world and has several coves with many white sand beaches and lush foliage amidst great mountains and forests that reach the beaches. Additionally, it is located in the tropical forest.

It has a large land and marine biodiversity with beautiful coral reefs.

Entrance to the park is ¢1.600 for nationals (Costa Ricans and residents) and ¢5.000 for foreigners.

Four beaches are contained within the limits of the park: Manuel Antonio, Espadilla Sur, Teloro, and Playita. With their large light sand berms, it is easy to see why they attract beach goers of all ages.

Closest to the Central Valley and perhaps the “most” visited beach is Playa Jacó, south of Puntarenas and north of Manuel Antonio.

Jacó is a sanctuary for surfers and fun-lovers – but most of all, fun-loving surfers! Jaco is also one of Costa Rica’s Top Ten Beaches.

Jacó was once an archetypal sleepy beach town. But it wasn’t long before Jaco Beach’s excellent waves began to draw foreign surfers in exponential numbers, especially because of the Costa Rica beach’s proximity to the San Jose (less than two hours). 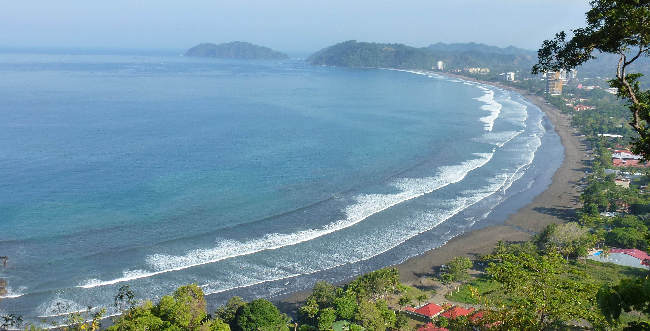 Along with the surfers came the need for nightlife. Now, Jacó is Costa Rica’s wildest party beach, and a top destination for wave-worshippers and land-lubbers alike.

For visitors who want to be close to the action in Jacó but prefer a mellower stay, there is Playa Hermosa (not to be confused with Hermosa in Guanacaste) and Playa Herradura.

Hermosa is imediately south of Jacó and where most hardcore surfers head to take advantage of its consistently large waves. Playa Hermosa also holds an international surf convention each year.

Herradura is immediately north, offers an escape to Jaco’s boisterousness and home to the Los Sueños development that includes the five start Marriott and a marina.