Panama “Most” Catholic Of Central America

Panama is the Central American country with the most number of Roman Catholics, this according to the latest results of the report on global Catholicism by the Pew Research Centre, a nonpartisan source of data and analysis. 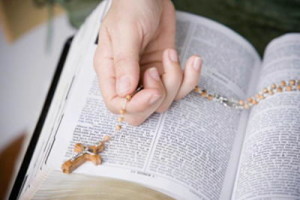 The study, produced in 2010, focuses on the size, distribution and evolution of the Catholic faith around the world.

The Pew Research indicates that more than seven out every 10 persons (74%) in Panama consider themselves “strong” members of the Roman Catholic Church, for a total of 2.6 million Catholic faithfuls.

The report on the size and distribution of the world’s Christian population is a comprehensive demographic study of more than 200 countries finds that there are 2.18 billion Christians of all ages around the world, representing nearly a third of the estimated 2010 global population of 6.9 billion. Christians are also geographically widespread – so far-flung, in fact, that no single continent or region can indisputably claim to be the center of global Christianity.

(BNamericas) - In order to strengthen the well-being of the population and the sustainable development of the country, Costa Rica has been incorporated a...
Political Economy

QCOSTARICA - Spain had excluded Costa Rica from the list of risk countries to enter by air for presenting a negative covid-19 test (RT-PCR,...
Pura Vida

QCOSTARICA - Dona Rosa lost everything in her life and surrendered her will to the hands of others. Luck changed one day when she...
HQ

The blackjack game is associated with excitement and joy. The players experience great enthusiasm while playing the game because of its great rewards for...
Economic Recovery

QCOSTARICA - Widespread vaccination is the key to overcoming the COVID-19 pandemic and reinforcing the economic recovery in Latin America, Fitch Ratings said in...