COSTA RICA NEWS – Authorities confirmed that on Tuesday they seized a fishing boat that was carrying 1.9 tons of cocaine from South America.

The ministro de Seguridad,  Mario Zamora, said Wednesday the ship was seized 61 kilometers (37 miles) off the coast of Costa Rica with the help of the U.S. Coast Guard officers on a plane who detected suspicious activity on the vessel.

Zamora said three Costa Rican fishermen were detained, and the cocaine is valued at US$35 million.

By Thursday, the three fishermen were released by judge Jeffrey Mora Sánchez, of the Juzgado Penal de Golfito. The judge says the three men accused of international drug trafficking, have a fixed address in Costa Rica and opted for them to sign in once a week to court in contrary to keeping them locked up.

The three men, all Costa Ricans, were identified by their last names: Quirós Ledezma (38), Quirós Vásquez (26) and Miranda Fernández (29).

The Policía de Control de Drogas (PCD) – Drug Control Police – explained that the boat was boarded at 1:35pm Tuesday and on inspection found the almost two tons of cocaine.

The prosecution has appealed Mora’s decision, nothing that there is indeed the risk of flight and is requesting detention. 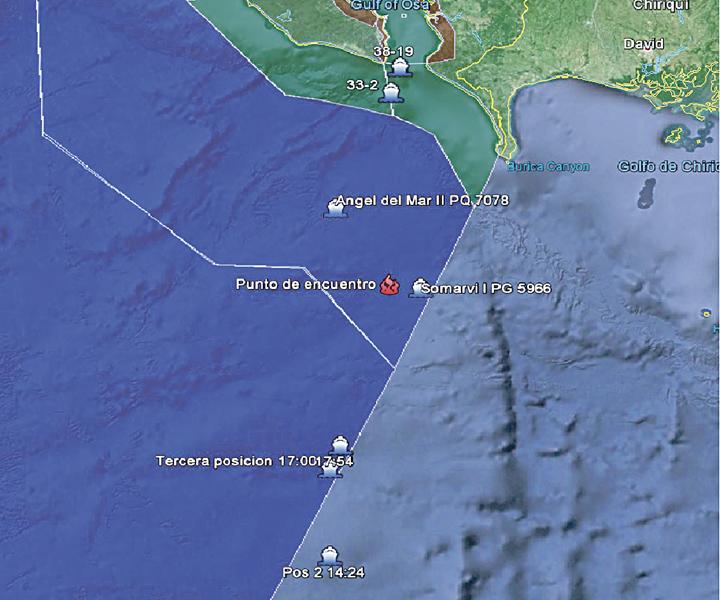 - Advertisement -
Paying the bills
Previous articleColombia Toll rises to 12 dead in illegal mine disaster
Next article“Traspaso de Poders” Is A Big Deal!