Colombia Toll rises to 12 dead in illegal mine disaster

South AmericaColombia
By Rico
7 May 2014 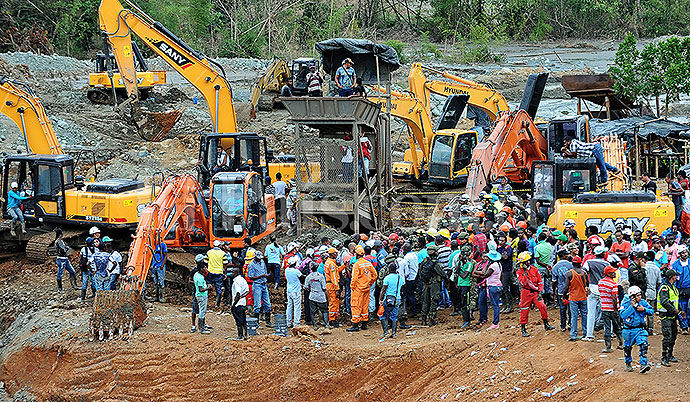 TODAY COLOMBIA – The death toll from a landslide at an illegal gold mine in western Colombia has risen to 12, authorities said on May 5, as rescuers searched for four more missing victims. 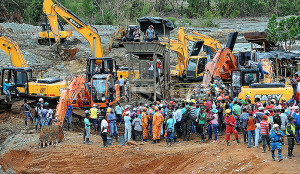 The open pit mine was being worked by miners with hand tools when it was hit on April 30 by an avalanche of mud, rock and earth.

“On [May 4] we discovered an additional person, a woman. In total, nine victims have been recovered, plus the three found dead the day of the collapse,” said Lt. Col. Mauricio Cárdenas, the director of operations in the western department of Cauca where the incident took place.

Rescuers aided by police dogs were searching the unstable terrain carefully by hand to avoid damaging the remaining bodies.

Several bodies have already been identified and returned to their families, Cárdenas said, adding that search operations will continue “until we find the last one.”

The unlicensed mine, located in the rural community of Santander de Quilichao, will be closed once the search operation is finished, officials said.

Since the beginning of the year, 25 mining accidents have occurred in Colombia, half of them involving unlicensed gold mining operations, according to the National Mining Agency.

Colombia has upwards of 14,000 mines, more than half of which operate without proper permits, officials say.

- Advertisement -
Paying the bills
Previous articleWhat Did I Get Into?
Next articleCosta Rica Coast Guard Seizes 1.9 Tons of Cocaine; Accused Freed by Judge