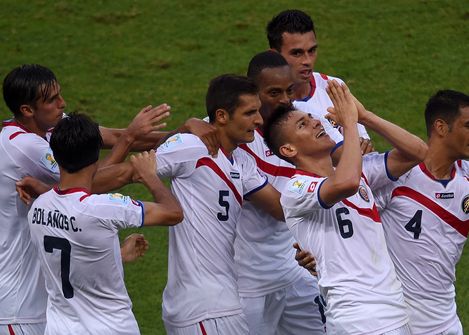 (QCOSTARICA SPORTS) Last year, Costa Rica and Colombia, reaching the same level in their respective group during World Cup, play did not get a chance to square off against each other.

Although the Colombians were eliminated by Brazil, the Ticos on penalties by the Netherlands, both surprised their fans and the world in Brazil 2014.

Today, at 3:15pm (local time), the two teams face each other in a friendly.

The game, for the first time pits against each other World Cup stars like Keylor Navas (Costa Rica) and Jaime Rodriguez (Colombia), players signed post World Cup by the Real Madrid.

What should make today’s game interesting is that both teams have a similar style of play.

But the man on the hot seat has to be the Tico’s coach, Paulo César Wanchope, in his first big test of a leading a national team. For the Ticos, it is also important to show off their talent that earned their 14th place ranking.