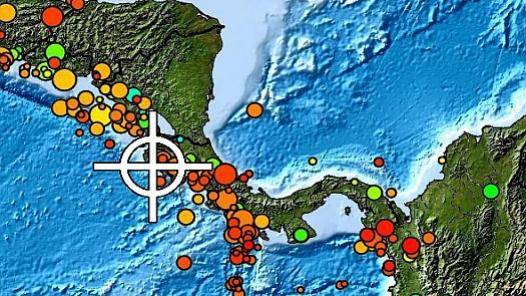 Sometimes, Costa Rica surprises one by getting ahead of the game — the community of Santa Teresa de Cóbano is the first in the country to offer drills to evacuate people to high ground to prevent loss of life in the event of a tsunami, a huge wave set off by a seaquake. 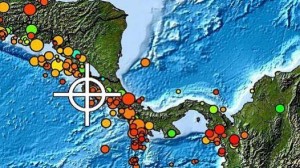 On the Pacific Rim, tsunamis have taken the lives of thousands in Malaysia and Japan in recent years. Costa Rica has braced for the worst several times during alerts, but none have hit here. Rather than trust to luck, the Cóbano District Council in this Puntarenas canton town opted for prevention.

Last Wednesday, educator Emilio Duran led 11 first graders from a local school to a secure refuge. This is the fourth such drill since 2011. Duran exhorted his charges to, “Don’t run, just walk rapidly… Are we all here? …The quake was big and there can be a tsunami…”

In a country where people often wait until the worst happens in a vain hope that nothing will, the Cóbano plan is refreshing. But the community has an advantage — safe areas 40 meters (about 140 feet) above sea level exist within an easy walking distance of only 200 to 400 meters (yards) of the town.

The Council has taken pains to ensure that the residents all know the escape route to take. This contrasts with the short-sightedness of businessmen in Garabito canton who stopped a similar movement because they felt such negative preparedness was “bad for business.”

Gladys Morua and three other women of Santa Teresa led the movement in 2011, not long after a quake in Peru raised an alert for a tsunami that never happened. Morua also told the newspaper La Nacion that she heard of the possibility of a quake on the Nicoya Peninsula in 2005.

That quake in Nicoya did happen in 2012 but created no tsunami because it was under the peninsula land mass. During the Peru quake “the escape route from San Isidro became congested,” she said, and it occurred to the four women that no one knew what to do to flee disaster.

The effort was backed gladly by the National Emergency Committee and the Bonsai Program of the Japanese Cooperation Agency. After the heavy Nicoya  quake on Sept. 5, 2012, the movement was backed by the University of Costa Rica’s National Seismic Network.

It started with concern for the safety of the 215 school children in the village and then gradually passed to education of adults. Morua pointed out that if the tsunami developed as the result of a local quake, the quake itself would be alert enough.

However, if it develops far from the country’s western shore in the Pacific Ocean, radio would alert someone and then a police car would circulate, spreading the warning. The Pacific Ocean, because of its propensity for earth movement and seaquakes, has a network of advance warning triggers,

Comment: The town still probably needs a direct line to the seismic network and a siren. But the town is to be commended for its foresight and action. We might mention that not everyone in Garabito canton is asleep. The hotel Marriot Los Sueños in that area offers prominent placards on its walls instructing vacationers in escape routes.

The town that still is in the greatest danger is Puntarenas, a Pacific port city not only threatened by tsunami danger but also by rising ocean levels from global warming caused by melting of the polar icecaps. Not only does it have far more people to move in an emergency but higher ground is some distance away.

So far, the city has done nothing to protect its residents, probably through inertia, a fatalistic attitude or opposition by dim bulb businessmen. One is reminded of the movie Jaws where retailers and resort owners block efforts to save lives from shark attack because such a move would be “bad for business.”