Costa Rica Continues To Be A Transit Route For Illegals to the United States.

COSTA RICA NEWS – The illegal transit of Asians and Africans to the United States by way of Costa Rica continues, with police detaining in Paso Canoas (the Panama border) 23 foreigners entering the country illegally, despite recent convictions for human trafficking or ‘coyotaje’ in Spanish. 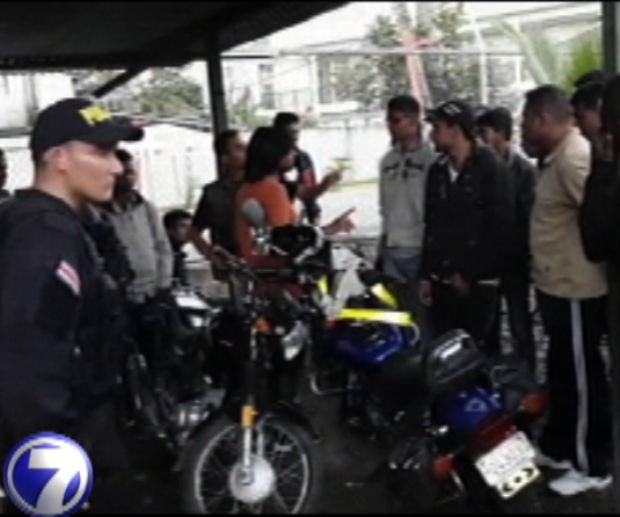 The Fuerza Pública (police) report says the illegals were spotted around 3:00am  Monday by a regular patrol, near the Panama border, and subsequently turned over to Migración y Extranjería – the immigration service.

Police say the group of illegals was being guided by an unidentified man, who ran, fleeing capture, when the police presence was noticed.

Nineteen of the foreigners originated from Nepal, two from Ghana and two from Sri Lanka.

Costa Rica is a transit route for illegals seeking to reach the United States.

On July 13, the  Universidad de Costa Rica (UCR) reported to the Organismo de Investigación Judicial (OIJ) the disappearance of four Nepalese, who arrived in Costa Rica on behalf of the National Institute of Natural Sciences of Nepal, invited by the UCR School of Biology, to explore cooperation possibilities.

Apparently the invitees took advantage of their setting foot on Costa Rican soil in search of new horizons.

When a foreigner is found to be illegally in Costa Rica they are detained at the Hatillo immigration detention centre, where they wait being deported to their country of origin.

In September this year, also in Paso Canoas, police detained 27 Nepalese who apparently arrived by boat from Ecuador, headed for the United States.

The recent enactment of the new immigration law has resulted in several convictions for human trafficking. On August 21, 2013, a Cuban was convicted and deported, while on  October 30 of this year, two Costa Rican men and a Nicaraguan woman were each convicted to six years prison for “coyotaje”.