“Costa Rica Does Not Live Like The Wild West,” Says President Solis 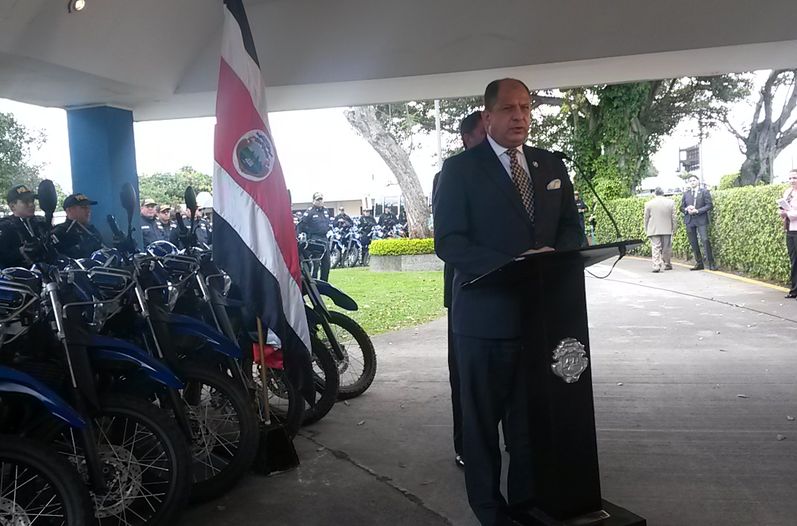 QCOSTARICA – According to a publication by  La Nacion last week, president Solis stated that “Costa Rica does not live like the wild west”.

The president issued the statement in response to an article published by the BBC indicating that Costa Rica is not like Switzerland anymore, referring to an escalation of crime and drug related murders in certain areas of San José.

I agree with the president, Costa Rica is not like the Wild West. At least, the Wild West had a functioning court and legal system.

With the expansion to the west after the Louisiana Purchase, the US Government deemed necessary to extend the federal court system to the new territories in order to keep the growing communities under the control. Notwithstanding that the territories did not have statehood status, the federal government provided each territory with a Supreme Court, three district courts and three district judges. In addition to the jurisdiction granted under federal law, territorial courts exercised jurisdiction over cases arising under laws of the separate territories. Once the territories were granted statehood, the arm of the law stretched with more force over the new states. New district courts were created in the new states as early as 1836 in Arkansas and in 1845 in Dallas, pursuant to the annexation of Texas.

Some notable justices included Isaac C. Parker of the US District Court for Wester Arkansas, who was known as the “Hanging Judge”. In his twenty one years on the bench, he tried more than 13,000 people, convicting more than 9,000 people and sentencing 344 to death of which 280 were hung. Those 9000 convictions represents a conviction rate of 69.23%, we will come back to this figure.

Enactment of laws and organization of courts were only the first steps in establishing order in the territories. The subsequent and crucial step was enforcement of law through peace officers, particularly federal marshals, local sheriffs, and their deputies. Their job was difficult and exceedingly risky. Of the 200 marshals and deputies serving in Indian Territory between 1875 and 1895, sixty-five were killed in the line of duty

The Wild West has been called that for a reason. Life was not easy, the territorial west was not only a turbulent area but often a lawless one, attracting rough and law defying persons from more settled regions. Although most people were law-abiding, the loosely assembled civil authority and the few courts, judges, and peace officers had insufficient control to safeguard life and property; law enforcement therefore lagged behind violation of the law.

Miners, in urgent need of the protection of law, banded together by districts and drew up rules and regulations for filing claims and trying cases in what was called miners’ courts, either before a judge, jury, or board of arbitrators. Lawyers were usually forbidden to appear. No technicalities were allowed to defeat the ends of justice; execution of judgment was speedy and without appeal; and sentences might consist of flogging, banishment, or hanging.

The new territories brought new challenges. Indeed, some people took matters into their own hands, there were instances of abuse, carelessness, apathy and negligence, just like anywhere else. But early on, the government realized the necessity to implement a robust court system and a law enforcement branch. It took some time but at the end crime and lawlessness was under control.

Now, let’s examine whether Costa Rica is like the Wild West. Is there a legal and criminal system consistent with the values and interest of the community?

The president went on to say that “this is a country of laws where the police and the State guarantees the safety of the people”. For the most part, I disagree with that statement. It is true there are laws in this country, there are plenty of them but the government is catatonic in the enforcement of the laws.  Hundreds of miles of razor wire around people’s properties reflect the sense of insecurity people live with in this country. The fortified appearance of Costa Rican homes is the result excessive guarantees for defendants in a criminal system where very few of them go to prison. Contrary to what the president believes, the government actually guarantees a status quo of insecurity. Part of the problem is the perception the president has about the problem.

Let’s take a look with more detail at some of the most notorious cases in the Costa Rican criminal history.

In 1950, La Negrita, the virgin patron of Costa Rica was stolen from the Basílica in Cartago. Jose León Sánchez was convicted of life in prison for that crime and was sent to the San Lucas Prison in the Nicoya Gulf. However, in 1988 the Supreme Court decided that José León Sanchez was innocent. How come he was innocent?

The Alajuelita Cruz case
In 1986, one woman and six children were murdered and raped in the Alajuelita Cruz area. I remember this case in the news. It was horrible, nothing like this had been seen before. Four men were arrested for that crime,  José Luis Monge Sandí, Arnoldo Mora Portilla, Alvaro Chinchilla Vásquez, y Arnoldo Mora Quesada. However, the latter two died, and the former two were convicted for those crimes. However, the men were released due to procedural issues. One of them, Jose Luis Monge Sandi was murdered a few days before his third trial. How come they were released? How come there were so many mistrials?

The Psychopath
Between 1986 and 1996, there were 19 murders attributed to the Psychopath, which is how the OIJ and the media decided to call the culprit. So many years later, the person has not been caught. There is a theory linking the Alajuelita case to the psychopath, but who knows. An interesting thing about this case is that the statute of limitations had ran out. So, the person responsible for this crime can come out of the shadows and not be prosecuted. How come this person was never caught? And if he/she is found, why should there be impunity?

The Alcatel Case
The Alcatel case happened during the presidency of Miguel Angel Rodriguez (1998-2002) where the president and other government officials, including ICE executives, received bribes from the French Technology company Alcatel. Supposedly, Rodríguez received $800,000 in bribes. After years of criminal proceedings, in 2011 Rodríguez and other defendants were convicted just to be later acquitted in 2012 in the Court of Appeals. How come they were acquitted?

Banco Anglo Bankruptcy
Between 1993 and 1994, two Chilean brothers Jose Luis Lopez and Mariano Lopez, brokered the sale of Venezuelan bonds to the Banco Anglo which was at that point the oldest and most solid bank in the country. It turned that the bonds were bad and were misrepresented to the bank officials. The bank went into bankruptcy and the brothers fled to Chile. Apparently, the president at the time, Jose Maria Figueres allowed them to leave the country. Why?

Jose Maria Figueres (1994-1998)
Talking about Figueres, he left the country as he was presumably related to the Alcatel case too. Figueres is a Swiss citizen and fled the country to avoid prosecution from that case. He just returned to the country in order to resume his political career. In addition, Figueres was linked to the murder of a drug dealer named Jose Joaquín Orozco. Figueres was never tried for that case. What happened? Why should we let the Alcatel case go for Figueres? Why is he still a political figure?

Ann Maxine Patton
Patton was convicted for the murder of her husband John Felix Bender. According to Patton, her husband committed suicide, but according to the OIJ, she killed him. This case was handled poorly and two mistrials have been called on the case. What went wrong?

Death of Jairo Mora
In May 2013, Jairo Mora known as an environmentalist protecting leather back turtles in the Caribbean coast, was killed in Moin. Seven people were convicted for the murder of Jairo Mora (Ernesto Centeno Rivas, William Delgado Loaiza, Héctor Cash López, José Brayan Quesada Cubillo, Felipe Arauz Martínez y los hermanos Donald y Darwin Salmon Meléndez) but all of them were acquitted due to errors in the process. A new proceeding has been initiated. But, how come this case was handled so poorly?

In general terms, I do not believe in the judicial system in any country. There is a reason why Diké is blindfolded. Certainly, there are some countries that are more efficient than others. For the most part, I do not have sympathy for criminals. The system should protect the interest of the law abiding citizens. Unfortunately, the judicial system in Costa Rica has a lot of sympathy for defendants and convicts, and the actions, or lack thereof, taken by the government serves as evidence.

According to the UNODC, in 2013 Costa Rica had a conviction rate of 4.4% of all cases brought to court, which compared to industrialized countries is embarrassingly low. For instance, Japan has a conviction rate of 46.40%; Sweden 96.03%; Germany 80.78%; Canada 67.65%. However, countries in the region share similar numbers, the rate in Guatemala is 2.57%; in Colombia 5.93%; Peru 14.69%, I am sure that Costa Rican politicians like to brag about the efficiency of the judicial system compared to Guatemala.

I wonder why more people do not see that the country has a fundamental problem with the pathetic quality of the legal system. During the last election I was expecting some of the brilliant front runners to talk about overhauling the judicial system in Costa Rica.  I am still waiting for some pundits or politicians to talk about it. The current situation of the judicial system is just another symptom of a failed state which also has a long trail of tears in infrastructure, healthcare, debt, and poverty.

I bet the president was thinking the Wild West was shadowed by impunity, and he believes that Costa Rica has an efficient criminal system. In Costa Rica, impunity is the rule not the exception. Remember the Hanging Judge from Arkansas? His court had a conviction rate of 69.23%, which is 15.73 times better than Costa Rica with a pathetic 4.4%.

With a crime increase of 25.14% in 2013 and an inefficient criminal policy, we have developed institutionalized impunity with no intention to put and keep criminals in prison. In the 21st century we have fallen way behind the Wild West.

If the president believes that having a pantomime of a trial is the way the government guarantees the safety of the people, then it is better for him to remain silent.

Note: Excerpts for this article were taken from Legal Lore of the Wild West: A Bibliographical Essay; Carleton W. Kenyon. California Law Review. May, 1968.