It’s official, Luis Guillermo Solís of the Partido Accion Cuidadana (PAC) won the Feb. 2 presidential elections with 30.64% of the votes, with Johnny Araya of the Partido Liberación Nacional (PLN) obtaining 29.71%.

The completion of the manual count gives José María Villalta of the Frente Amplio, 17.24%; Otto Guevara of the Movimiento Libertario, 11.33%; and Rodolfo Piza of the Partio Unidad Social Cristiana (PUSC), 6.01%.

Costa Rica’s election regulations require that a candidate, to be proclaimed president, must obtain at least 40% of the total votes, this not being the case, there will be a run-off election on April 6, which campaign was officially kicked-off Monday afternoon by the Tribunal Supremo de Elecciones (TSE).

The elections results were announced on Monday by Luis Antonio Sobrado, president of the TSE. 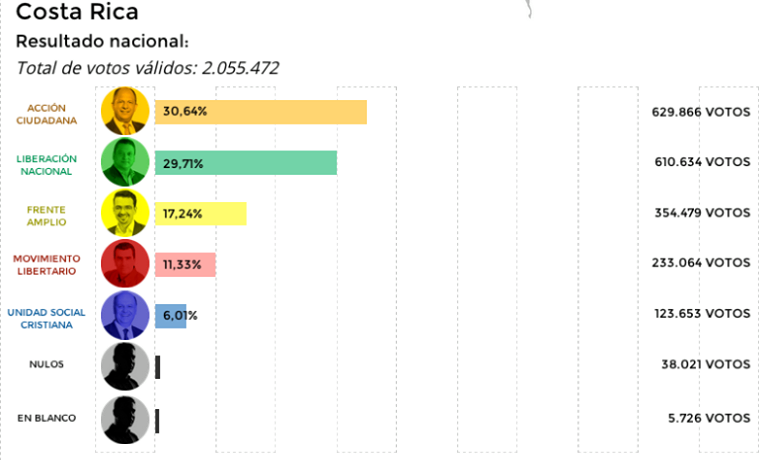