Costa Rica finances 73% of its public education with indebtedness

Enrollment in the last 10 years has fallen, yet the education budget almost quadrupled and the number of teachers increased, says the report by the Comptroller's Office. 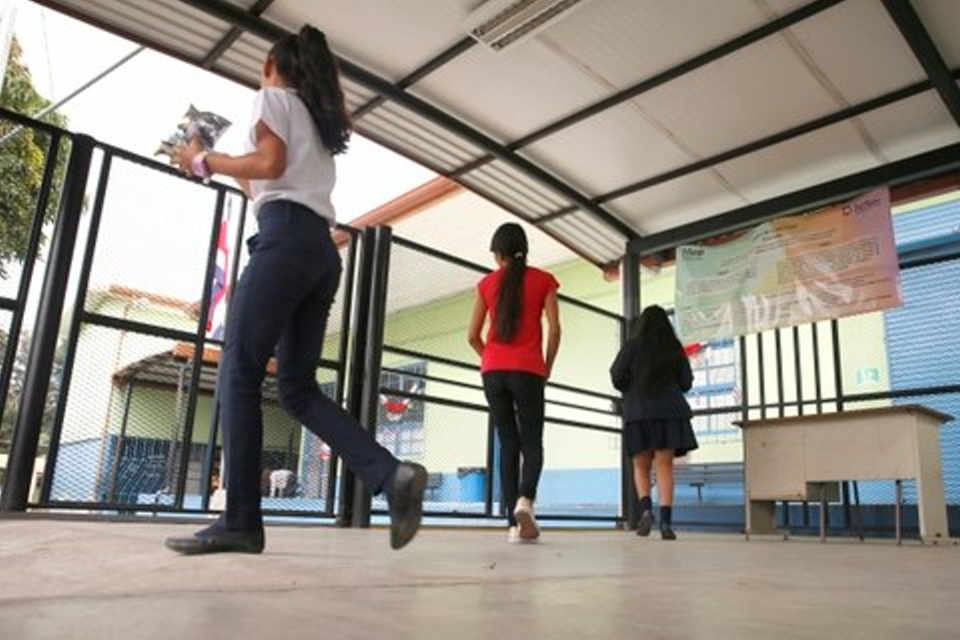 The payment of teacher salaries, the operation of the school lunch program, scholarships, improvements in educational infrastructure and the transfers to the public universities in their majority were financed through indebtedness during 2018.

A recent report from the Contraloría General de la República (CGR) – Comptroller General – reveals that the Government allocated the equivalent to 7.7% of the Gross Domestic Product (GDP) to the Ministerio de Educacion Publica (MEP) – Ministry of Public Education.

Of that amount, 26.3% was financed with current income, that is, through tax collection. The remaining 73.7% was with debt, mainly through government bonds.

The details were contained in one of the three reports issued by the CGR on problems that, in its opinion, should be addressed to provide a true solution to the country’s fiscal crisis.

Carlos Morales, technical assistant of the Financial Administration Department of the Comptroller General’s Office, explained that getting into debt is not a problem in itself.

The problem, according to Morales, is when indebtedness corresponds to expenditure items that grow inertially, for example, education associated with a macroeconomic variable (such as GDP) and not the fulfillment of objectives.

“(The indebtedness) can put us in a situation of little financial sustainability,” the official explained.

“The Ministerio de Hacienda (Ministry of Finance) has difficulties in the placement of bonds, and it is to be hoped that with the tax reform, consumer confidence in this type of bonds will return,” he said.

When the Treasury has problems placing bonds in the market, another problem arises: it must increasingly offer higher interest rates and shorter terms to attract investors.

Such difficulties to sell bonds have already caused the Treasury to delay the transfer of resources to the MEP for the school canteens and for scholarships, for example.

Another problem pointed out in the CGR report is the quality of education. The Comptroller’s Office criticized the MEP that, beyond complying with the percentage of 8% of GDP established in the Constitution for public education, the State should also consider variables such as “demographic change and the quality and efficiency with which such public funds are executed.”

The report points out the drop in school enrollment, falling from 513,805 to 443,2091 between 2007 and 2017. However, in the same period, the MEP budget almost quadrupled, and the number of teachers increased.

The decline, the report concludes, is expect to continue as a result of the decline in the fertility rate, supported by the National Institute of Statistics and Census (INEC) estimate that people from 0 to 14 years will go from representing 22.2% of the total population of the country in 2018 to 20.5% in 2025.

Although there are fewer and fewer children, the Comptroller’s Office estimates that if the current trend in the allocation of money continues, the MEP budget would double by 2030.

“These data show the urgent need for a thorough and detailed review of public education spending, and it is necessary to assess the relevance of each of the expenses in terms of efficiency and quality, and considering both the demographic dynamics and the situation and perspectives of public finances,” says the report.