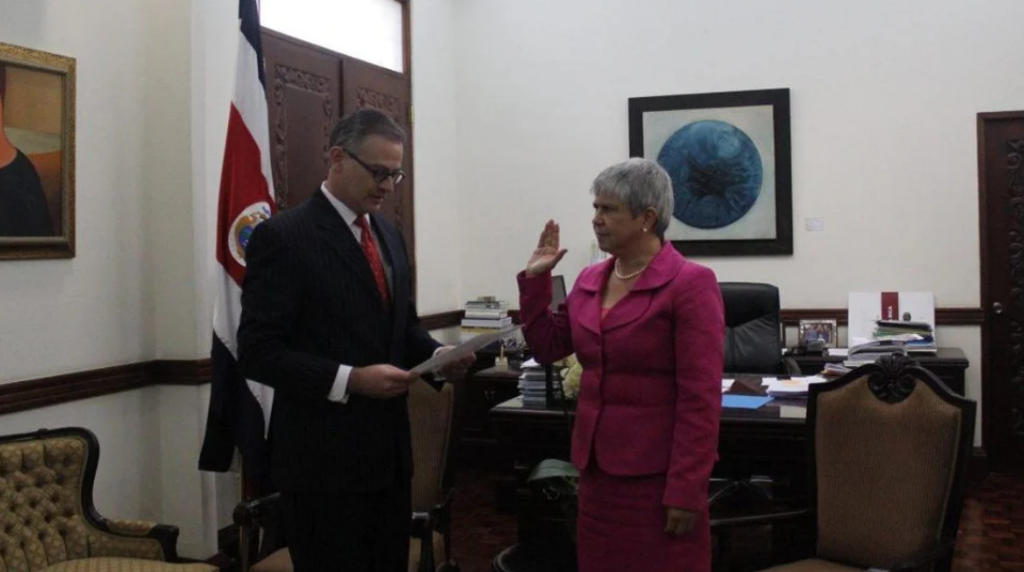 QCOSTARICA – After 40 years working in the Foreign Ministry, Xinia Vargas Mora will have the challenge of managing relations with Nicaragua, this Tuesday the government confirmed her appointment as Ambassador to Nicaragua.

Vargas is a lawyer and has a postgraduate degree in education, as well as a Master’s in Diplomacy from the UCR. She was appointed to the diplomatic career on May 13, 1993.

On Saturday (March 13), La Prensa newspaper in Nicaragua reported the appointment of the new ambassador to Nicaragua, meanwhile, in Costa Rica, the government denied it.

Given the tense political situation facing Nicaragua at that time, where the inhabitants feared the reprisals of President Daniel Ortega and his wife and vice president, Rosario Murillo, Costa Rica was reluctant to name a new ambassador.

At that time, the former Costa Rican ambassador explained that the shootings and explosions happened very close to the offices where he worked, located in the Nicaraguan capital.

“The paving stones of the streets are used to make the barricades, and people are afraid. Many of them are hooded or wearing helmets. So it is a fairly high level of violence on one side and the other. But it is a situation that today, for example, I am informed that there are three dead yesterday, two seriously injured, more than twenty detainees, we have more than 320 dead.

“That is, there are very, very strong levels of aggressiveness towards the Nicaraguan population, because they are all someone’s children, parents, or siblings and it is a tragedy,” Trejos commented in 2018.

- Advertisement -
Paying the bills
Previous articleFitch maintains Costa Rica’s risk rating at ‘B’, due to deteriorating public finances
Next articleAmerican Airlines flight crew ‘Robbed At Gunpoint’ on the way to San Jose airport

Carlos Alvarado explains his decision not to appoint ambassador to Nicaragua

QCOSTARICA (Nacion.com) Four out of ten complaints of extortion...
Politics