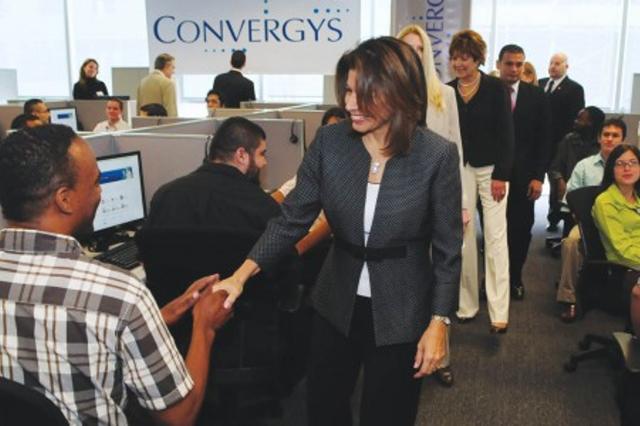 Costa Rica places first in Latin America and thirtheenth in the world for outsourcing services, according to the 2103 ranking prepared by the global consulting firm and investment research, Tholons.

San José, Costa Rica remains one of the most impressive in the region jumping five places compared to the previous index, consolidating the city as one of the big winners in the list of 2013.

The general director of the Coalición Costarricense de Iniciativas de Desarrollo (CINDE), Gabriela Llobet, said the country stands for the ability of its workers, instead of the low cost of the services.

Currently there are over 120 multinational companies in Costa Rica, most installed in Zona Francas (free zones), providing outsourcing services and employ 35,000 people.

Tholons is a leading full-service Strategic Advisory firm for Global Outsourcing and Investments. As a leading provider of location analysis and strategic growth & expansion services for outsourcing providers and buyers, they presented for the third year running – a detailed analysis of the 8 established and 50 emerging destinations but also ranked the the next 10 aspiring cities ‘on the Tholons Radar’.

QCOSTARICA - Despite losing their home entirely in December, a Heredia received electricity bills from the Heredia Public Service Company (ESPH) for January and...
Travel

QCOSTARICA - Though the number of new cases daily of covid-19 has been "stable" this past week, the contagion or R rate rose to...
National

QCOSTARICA - Due to an improvement in the epidemiological situation of the health emergency, starting March 1, the only daytime vehicular restrictions for the...
Economic Recovery

QCOSTARICA - Consumer pessimism decreased slightly for February 2021, compared to November of last year, however, uncertainty around the economy remains high and the...
World

Q REPORTS - The former leader of the Soviet Union and 1990 Nobel Peace Prize winner, Mikhail Gorbachev, who has been self-isolating to protect...
Today Costa Rica

TODAY COSTA RICA - Before the Office of the Comptroller General (CGR), the rate agreed by the Municipality of the canton of San Carlos...
News

QCOSTARICA  - Twenty eight Costa Rican's are lining up who want the position that Carlos Alvarado when he leaves office on May 8, 2022,...
The Americas