The “Other” Costa Rica: The Future Costa Rica Lifestyle 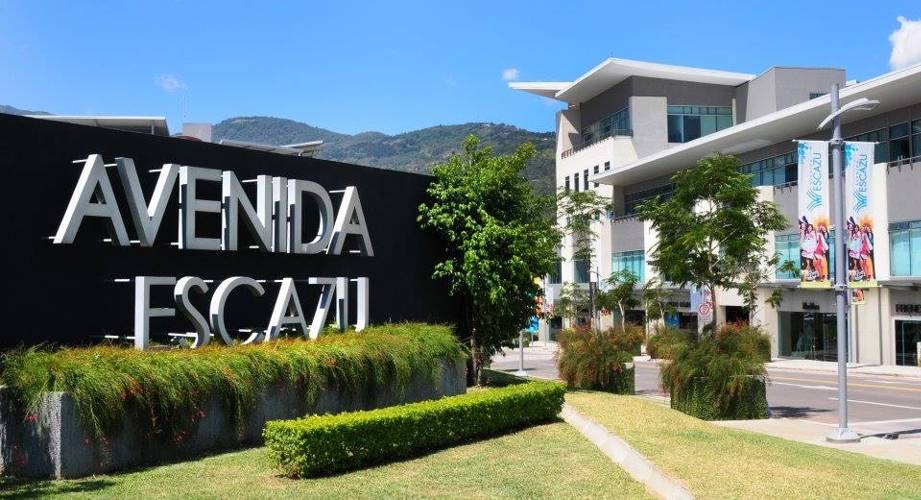 The future of residential living in Costa Rica involves physical security, efficiency, technology, industrial design, and privacy. Lots of privacy. So much privacy, in fact, that you may never see your neighbours. You and your community will be enshrouded behind a veil of secrecy, and the brutalist architecture surrounding you will be similar to that of sci-fi films such as Aeon Flux and Gattaca.

In a recent Sunday Magazine feature of national newspaper La Nacion, journalist Alonso Mata Blanco had a particularly hard time trying to meet residents of Avenida Escazu, a “mini-city” residential complex that shares many characteristics with planned communities such as Celebration in Florida (often called a Disney town), the Bow Quarter in London, or even Denovo in neighboring Panama.

A Shadowy Life of Luxury

The problem with meeting residents of Avenida Escazú was summarized for Mr. Mata by the real estate sales executive in charge:

“My clients are wonderful people, but they are extremely private, and we are very strict in matters of security and confidentiality here.”

To emphasize this point, Mr. Mata was not even allowed to leave messages written on paper slips in the mailboxes.

“Residents here travel a lot, and when they are home you don’t even feel them; they are cloistered that way.”

Although people in modern Costa Rica are known to live by the philosophy of “good fences make good neighbours,” this is mostly a 21st century development. In the past, people in Costa Rica enjoyed living in communities where neighbors really knew each other. This does not seem to be the case at Avenida Escazú, where it costs $3,500 a month to rent a one-bedroom furnished loft. Buying a small condominium unit, albeit with great views, will set you back $480,000. By comparison, a large three-bedroom home in the Lakewood Ranch, Florida, community of Riverwalk Village will cost about $100,000 less. 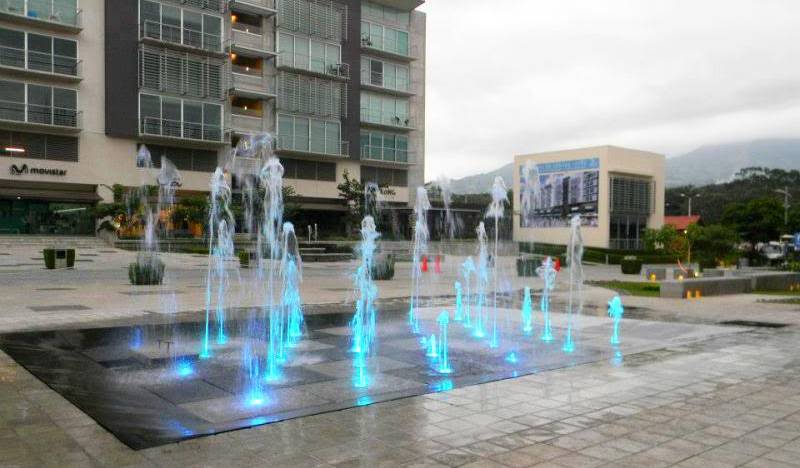 The layout of Avenida Escazú aims to combine privacy and security with convenience and luxury. At the bottom of the condominium towers there are 32 commercial establishments of familiar brands such as Starbucks, Apple, Lego, Barbie, and others that celebrate the burgeoning consumer lifestyle in Costa Rica. There are common areas that celebrate the arts and allow residents to engage in physical activity and entertainment; the idea is to never leave the residential compound.

Mr. Mata writes that he actually ran into a resident, a woman who was escorting a massage therapist out of her residential unit. Upon being approached, the woman smiled and clearly explained that she could not talk to the press for security reasons. This attitude, coupled with a sophisticated security and monitoring system throughout the complex, evokes hints of the paranoia-filled British TV mini-series Cape Wrath or J.G. Ballard’s novel Cocaine Nights.

The sterile and secretive world of Avenida Escazú will soon be coming to other parts of Costa Rica.

Similar projects are planned in neighboring Santa Ana, Guachipelin (the ominously-named District 4), San Rafael de Alajuela (Hacienda Espinal), Montes de Oca (near San Pedro), and Guanacaste. These communities will be developed according to a careful master plan rather than organically; in this fashion, the chances of ending up with a city such as San Jose -lovable, yet chaotic- are minimized. 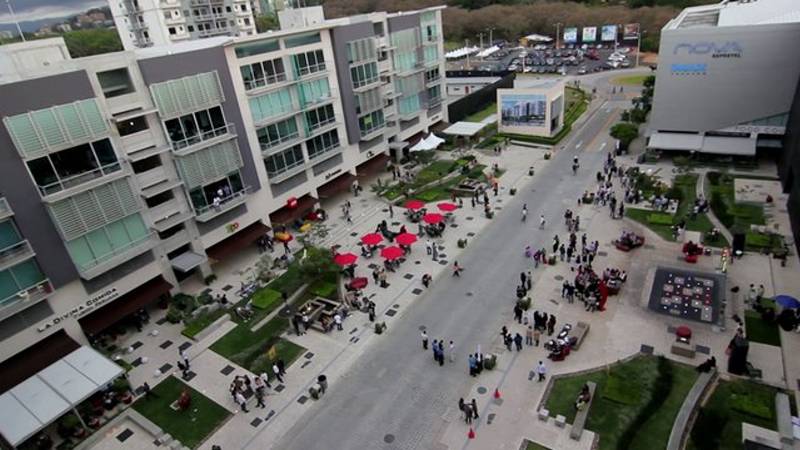 Critics of these communities in Costa Rica will surely cry foul and mention gentrification, to which developers will respond: “But we are behind high walls, how can we gentrify if you can’t even see us!” Another complaint that is sure to be heard will border on xenophobia: “Only pretentious foreigners (meaning Americans) live that way.” According to Mr. Mata’s article, however, 60 percent of residents in Avenida Escazu are Ticos, and the rest are mostly from Canada, Spain and Venezuela. And they are not antisocial; they sometimes come out in the summer and gather to enjoy “Chill-Out Sunsets” (just like you read it, in English), which seems to be an idea borrowed from the electronic dance music culture of Ibiza.

QCOSTARICA - If it is proven in a final judgment that they did pay bribes to Conavi officials, several companies could be disqualified from...
Travel