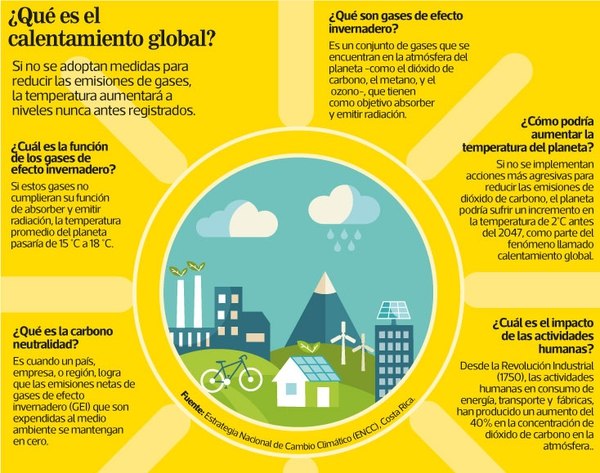 The Sistema Nacional de Métrica del Cambio Climático  (Sinamecc) – National System of Metrics of Climate Change – is the tool with which Costa Rica will begin to measure the effectiveness of its fight against global warming.

It is a software that will store the information of all the initiatives implemented by the country, from different sectors, to reduce greenhouse gas emissions, responsible for warming the atmosphere.

Édgar Gutiérrez, Minister of Environment and Energy (Minae), said that this platform will have data on the amount of carbon dioxide (CO2) emissions from companies and institutions.

Gutiérrez added that it will be possible to find information on the amount of emissions per canton, as the municipalities sign up to the program.

The Sinamecc will be an open platform whose data will be available to all citizens.

Gutiérrez said that this information will be shared on the Minae website, during the next few weeks, although he did not specify the date.

The action is part of the path that Costa Rica follows to fulfill the Carbon Neutrality Country Program 2.0.

- Advertisement -
Paying the bills
Previous articleAre You Paying Too Much In Taxes?
Next articleSafety Fears Force CONCACAF To Cancel Women’s U-17 Event In Nicaragua