Costa Rica Has Its First Sextuplets 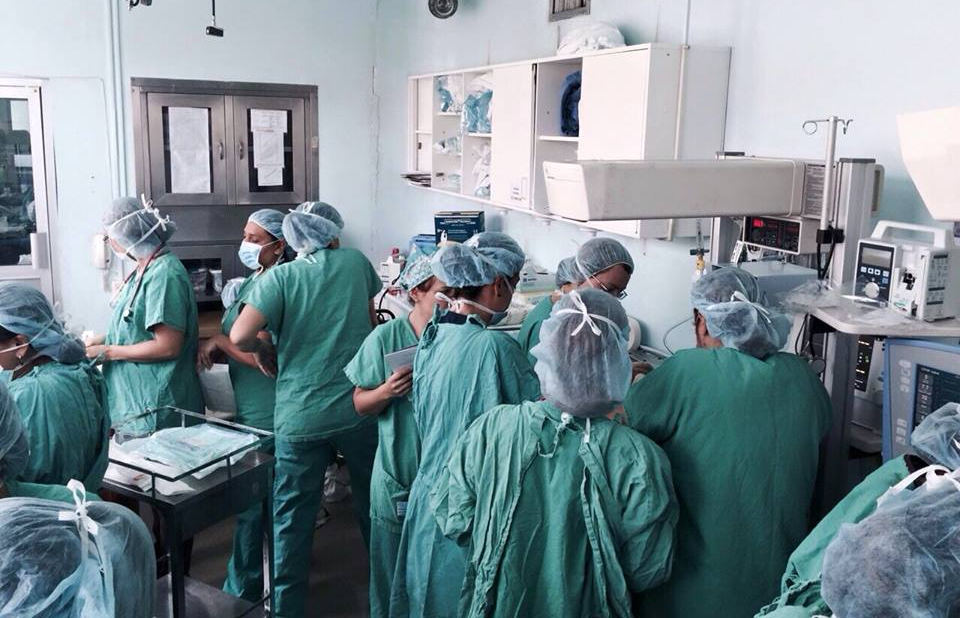 The babies were delivered by Caesarean section and are reported stable according to the deputy director of the Hospital Mexico, Dr. Juan Ugalde. The mother, Silvia Villegas 34, resident of Heredia, was reported as stable.

Being premature none of the babies have any malformations or serious diseases, said Dr. Olga Arguedas, director of the Hospital Nacional de Niños (Children’s Hospital).

A total of 21 specialists and cooperation of five state hospitals took part in the births.

The news of the imminent arrival of the babies was at 7:46pm through a chat by medical staff named “la media docena” (the half dozen) on the social media network WhatsApp, said Dr. Arguedas.

The first to be born was a girl at 9:390pm, while San José was being covered by ash from the most recent eruption of the Turrialba volcano.

For security protocol, the press was not allowed to enter the medical center.

The pregnancy had reached 28 weeks gestation. The doctors said they could not wait any longer, because the uterus was putting pressure on the lungs of the woman.

The family, residents of , who waited the news anxiously were full of joy and celebration when Dr. Sonia Vargas, director of Gynaecology and Obstetrics at the Mexico hospital issued the news, “everything went well”.

- Advertisement -
Paying the bills
Previous articleDo As I Say, Not As I Do!
Next articleQToons: Promised “Change” Will Soon Be Seen, Says Minister of Communication