QCOSTARICA – Although it has not yet reached pre-crisis 2008 figures, vehicles imports into the country continue to grow. In the period between January and August of this year, a total of 47,750 vehicles have been imported.

The Association of Importers of Vehicles and Equipment (Asociación de Importadores de Vehículos y Maquinaria – AIVEMA) reports indicated 26,561 of the imported vehicles were new cars, the rest used ones.

In the report by Crhoy.com, Liliana Aguilar, executive director of AIVEMA said that in her opinion, the growth in vehicle imports is not “excessive”. “What has happened we have been importing more new cars than used,” said Aguilar.

Among the factors driving greater demand for new cars, according to the association, is that consumers can obtain more information about the imported vehicle and ease of access to credit and lower prices. 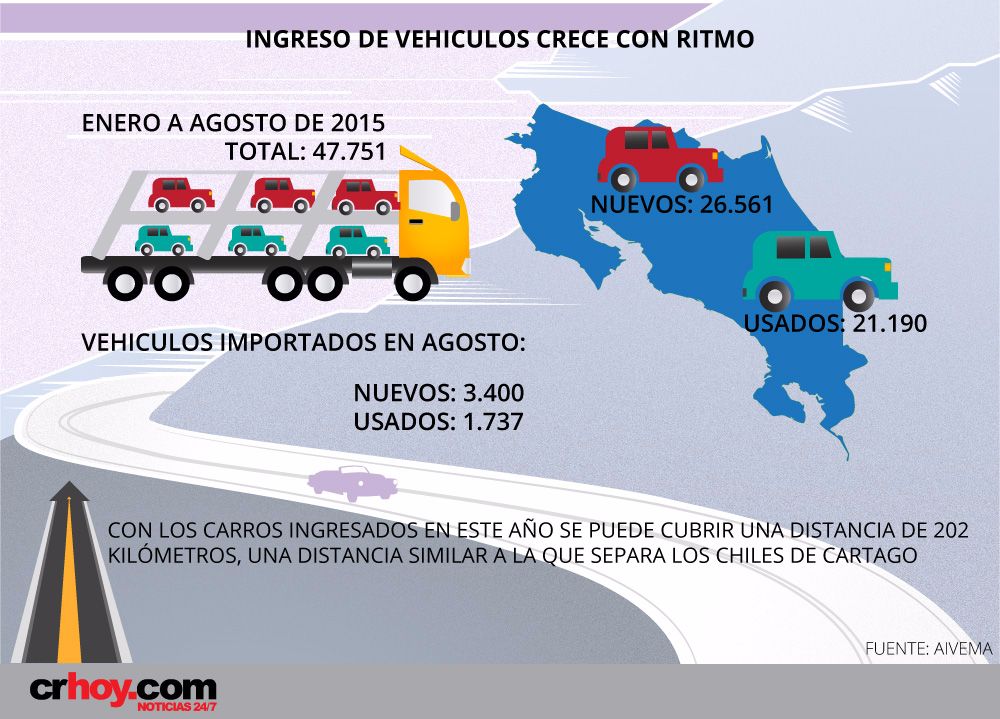 However, the import of an average of 8 vehicles an hour is taking its toll on the outdated road infrastructure, that has to handle the some 1.2 million vehicles of all types on the roads today.

“The country has not kept in sync with our road network, which remains the same for the last 50 years … the distances now are longer and public transportation is not adequate,” said Carballo..

QCOSTARICA  - The 200 years of the Independence of...
Central America