The groups with the greatest contribution to the CPI in October 2016 and were rental and housing services, Food and non-alcoholic beverages. 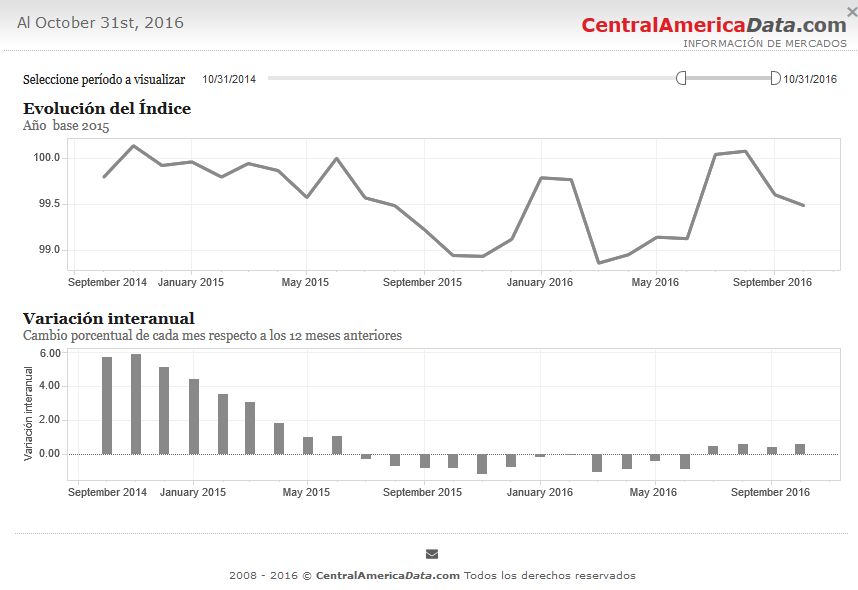 When analyzing the percentage changes in the prices of the twelve groups that comprise the index, it shows that the group Rental and Housing Services is having a major effect on the variation of the general index.