Costa Rica Is For The Birds. And More. 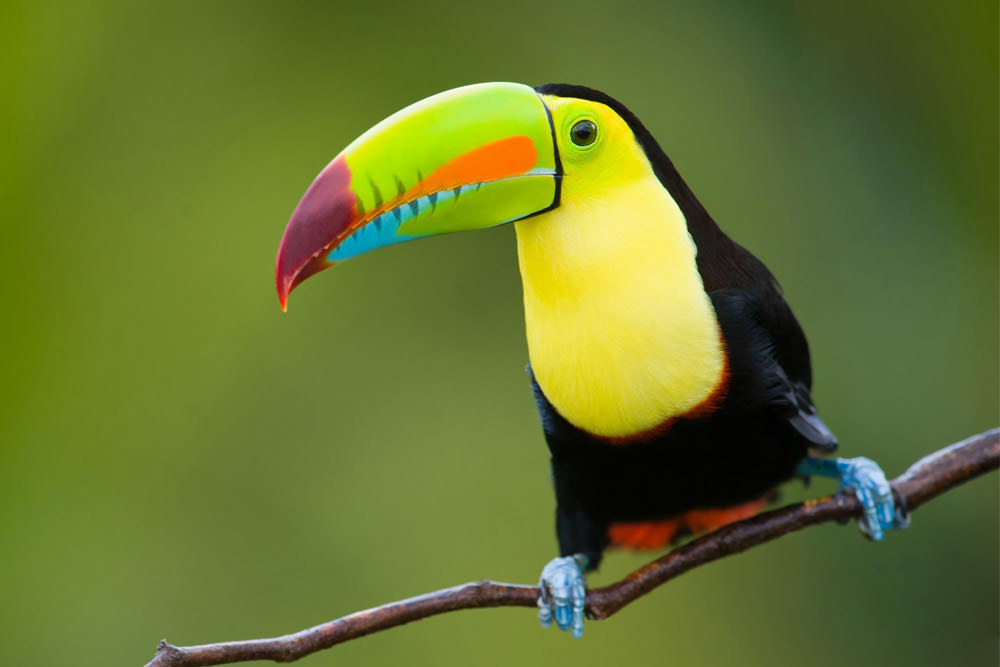 Costa Rica is great for nature enthusiasts wanting to indulge in a little monkey business. The Central American country, a pioneer in the ecotourism movement, is home to different types of monkeys, a Toronto audience was told Wednesday.

And, Costa Rican tour guide Michel Aranda continued, Costa Rica also provides a haven for some 922 bird species that include different types of toucans and macaws. “All of Europe doesn’t have this amount of birds,” he said.

Other exotic creatures that Aranda noted are found in Costa Rica include the red-eyed tree fog, which has green skin and distinctive large, bright-red eyes; five of the world’s seven sea turtle species; and some large members of the cat family as “the North American puma met the South American jaguar in Costa Rica.”

Aranda said Costa Rica has a greatly disproportionate amount of the world’s biodiversity and has set aside a large amount of its territory to protect wildlife.

He added his homeland – which gave the world the likes of ziplines – is easily able to accommodate adventure-seekers, with whitewater rafting being one option. Adventurous sorts needn’t be concerned about their safety, he said. “We do worry 300% about your security.”

The tropical country’s landscapes include active volcanoes and among particularly dramatic sights is interior Costa Rica’s Celeste River, famed for the bright blue hue of its water. Costa Ricans say that, “God painted the skies and then cleaned his brush in this river,” Aranda said of the shade of water.

Temperatures shift little throughout the year in Costa Rica because of its location. The country does have a rainy season, but Aranda said “one word can change all” that – green. A country with huge tracts of rainforest looks particularly green during the raining season, he continued.

Although Costa Rica first established itself on the tourist map by promoting its natural side, the country’s northwest coast has large resorts now that attract beach enthusiasts.

Air Canada, WestJet and Sunwing are among the options with direct fligths for those wanting to get to Costa Rica.

- Advertisement -
Paying the bills
Previous articleNew evidence incriminates Bishop Silvio Báez in coup and terrorist conspiracy
Next articleHistoric blow to the narco: 6 tons of cocaine arrive in Spain in Containers Of Bananas From Costa Rica