COSTA RICA NEWS — Costa Rica is the Latin American country with the highest percentage of immigrations registered within its borders, with a total of 9% according to data compiled by the Economic Commission for Latin America and the Caribbean (ECLAC) and published in a report based on 2011 census data and other sources.

The country recorded a total of 386.000 immigrants.

meanwhile, Argentina is the country with the highest absolute number of immigrants, registering 1.86 million, which represents 4.5% of its population.

If you include the Caribbean nations to the account, the French Guyana recorded 45% of immigrants, a figure five times higher than in Costa Rica.

According to the Instituto Nacional de Estadísticas y Censos (INEC) -National Institute of Statistics and Census, the 2000 census revealed Costa Rica with 7.8% of people born in other countries. This figure is double the percentage of 3.7% of immigrants recorded in the 1984 census.

Most immigrants are from Nicaragua, with a total of nearly 300,000. 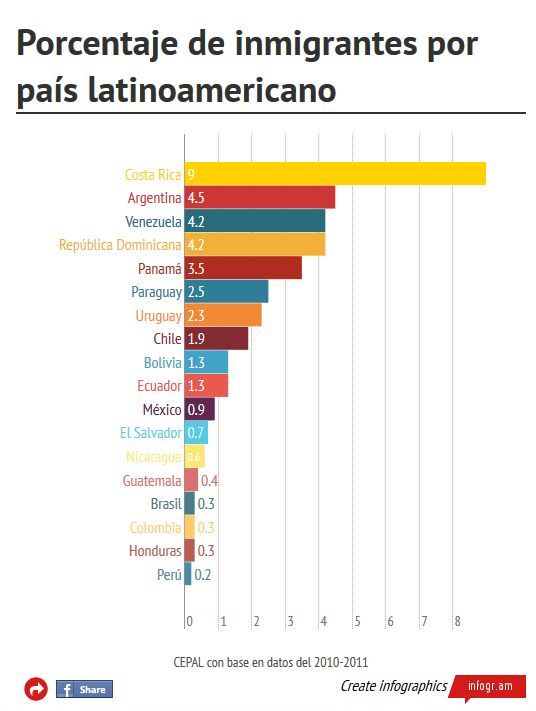 TODAY NICARAGUA – In an unprecedented persecution, the Daniel Ortega regime detained four presidential candidates in one week, a move that is part of...
Politics