Costa Rica Keeps Tapping Out Telegrams in the 21st Century

Despite end of Costa Rica’s telecommunications advances, telegraphy lives on.

India recently closed a 163 year-old chapter of her communications history as a telegraphic operator tapped out that country’s last telegram sent across a state-run network. As expected, the final Morse code dot/dash sequence on that last telegram spelled out STOP. A postal worker wearing a khaki uniform delivered the missive to its intended recipient and, just like that, the telegram became part of India’s long history. 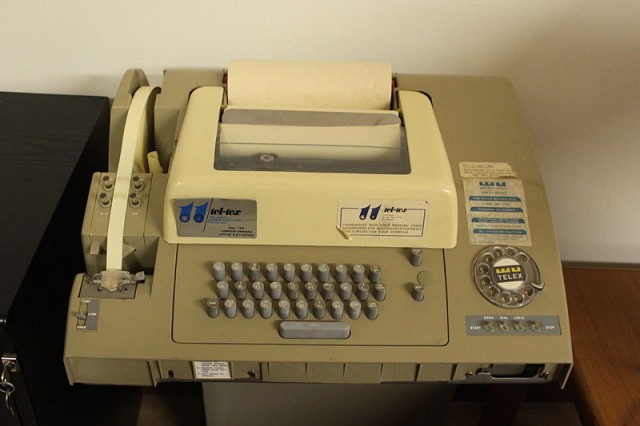 Costa Rica, however, is not quite ready to retire her telegraphic equipment just yet.

Currently, there are still two telegram service providers; one is the state-run Correos de Costa Rica (the post office), an entity that has proven to be dynamic and resilient in answering the challenges of today’s electronic communications technology, and Radiografica Costarricense, S.A. (Racsa), a company that is part of the ICE the autonomous state telecommunications and electrical power agency.

Telegrams are still being tapped out and delivered in Costa Rica thanks to the Ministry of Public Education (MEP in Spanish) and a handful of financial institutions. According to a September 2012 article by tech journalist Pablo Fonseca of La Nacion, the only thing that is keeping Costa Rica from tapping out STOP on her last telegram is a legal and procedural matter: telegrams enjoy legal status as messages transmitted by a government-appointed institution that serves as witness and intermediary. There is no “he said, she said” point of contention with telegrams in Costa Rica; for this reason, telegrams have been instrumental in delivering proof of service of court documents, election results, payroll codes, academic grades, etc. Emails, Twitter posts, text messages, and Facebook status updates lack this legal standing in Costa Rica.

People in Costa Rica can still send telegrams by calling up Racsa and dictating the message over the telephone. Telegrams can be delivered nationally or around the world, and 24-hour delivery is guaranteed in Costa Rica -even to remote rural areas. The cost of the service can be billed directly to the telephone, which runs about $1.30 for a block of 25 words. It’s even cheaper if you go in person to a post office in Costa Rica, where you can send a full-page telegram for about $1.30. The post office even takes telegrams in advance for guaranteed delivery on busy days such as August 15th, which celebrates both the Assumption of the Blessed Virgin Mary and Mother’s Day in Costa Rica.

Messages sent by MEP and a few financial institutions make up 95 percent of the telegram traffic in Costa Rica. As of late 2012, the post office delivered about 40,000 telegrams per month -down from more than 80,000 per month in the early 21st century. Both Racsa and the postal service believe that legal and administrative procedures in Costa Rica will switch to require certified e-mail by the end of the decade, thus putting an end on more than a century of telegraphic communications in this country.

QCOSTARICA - Fifteen months after the national emergency against covid-19 was declared, Costa Ricans will have a digital platform where you can be notified...
El Salvador