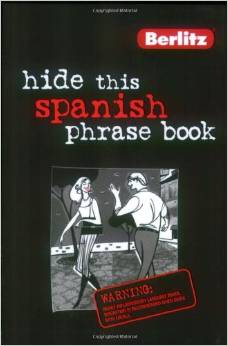 COSTA RICA LIVING – So, you’ve moved to Costa Rica and you’re very happy to be out of the rat race of your home country.  And you’re retired here so that means you don’t want to do any more work, thank you very much!

Do you know how much time that takes?

Anyway, you don’t really want to speak to people who don’t speak English.  That’s why you moved to an area with plenty of other Gringos.  Sure, it costs more but there are whole days that go by and you never even have to hear that confusing foreign language.

That’s fine.  You don’t have to learn Spanish if you don’t want to.  If you have the money, you can even pay for a translator to accompany you when you do business transactions.  What you may not realize, though, is people are swearing at you.  It’s all gibberish to you, so how would you know?  You’ll have something delivered to your house and the workmen want to know where to put it and you’ll reply in your usual, very loud, very slow English.

The answer you get from the workman sounds like normal conversation but he’s actually just called you a slang word for prostitute.  (This really happened.  I was trying to translate when my neighbor was having exercise equipment delivered.  I know a wide array of swear words in many different languages so I gave the delivery guy a surprised look.  He just continued talking but I knew exactly what he thought of my neighbor.)

[su_pullquote class=”H2″][/su_pullquote]It’s because of this and other instances that I strongly advise you to learn to swear in Spanish.  Don’t you want to know when somebody is calling you names while you’re trying to conduct business?  Maybe you would choose to spend your money someplace else.  Maybe you need to know when it’s appropriate to punch someone who’s just disparaged your wife?  (Probably never.  Don’t get into fist fights over name calling.  That would be silly!)

Maybe you’re just a little curious about what’s going on around you and want to lift some of the fog that envelopes you when you speak absolutely none of the local language.  I say, learn the swear words!

Swear words are easier to learn than regular words and I believe they’re stored in a different part of the brain than regular words.  This would explain why some people who have had a stroke are unable to speak normally anymore but they’re still able to swear colorfully and do it at the most inopportune moments.  You also don’t have to have a huge vocabulary of ‘blue’ words.

The people around you are only generally using about 10, like people who swear in English.  Berlitz even wrote a book to help you!  This has foul language and savory and unsavory customs found throughout the Spanish speaking world.  That way, when you travel outside Costa Rica and people are swearing at you in Panama and Nicaragua, you’ll know what they’re saying and be able to respond appropriately.

Here are a few words to get you started.  This is not an all-encompassing dictionary of nasty words.  It’s just a few that I’ve picked up.  Some of them may even be wrong.  My Spanish isn’t that great in general.  Anyway, with that in mind, I give you some words and phrases.