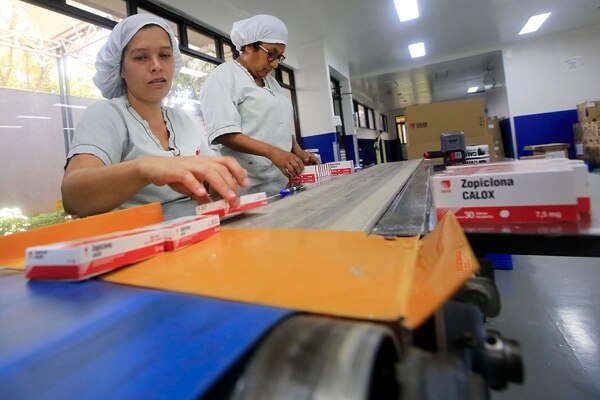 While a group of manufacturing companies decided to reduce their operations in Costa Rica, arguing that local production costs are high, another group of companies in the sector decided to increase their investments.

According to the most recent official data, during August 2019 the growth of economic activity in the manufacturing sector was 2.5%, explained by increased external demand for products from special regimes companies, particularly medical implements and steel products such as bars and sheets. This contrasts with the decline in manufacturing activities for the domestic market.

In this context, Vicesa, a company involved in the manufacture of glass products, announced in mid-October the dismissal of 254 employees working at the Cartago plant. The company reported that it made the decision because of the fall in sales and the slowdown of the local economy.

Among the strongest arguments of Vicesa, a company that also has industrial operations in Guatemala, was that in Costa Rica pays 47% more for electricity compared to what it cancels in its plant located in Guatemala.

Baxter, Calox, Dos Pinos, Yanber, Amoena and Cargill were other companies in the manufacturing sector that in the last two years reduced their operations or laid off employees in the country, citing reasons of national and international origin.

Not everything is negative in the country, as there are industrial companies that have decided to increase their operations. Elfinancierocr.com reviews that “… When talking about companies that seem to be pleased with what Costa Rica offers are Eaton Pozuelo, Florida Ice & Farm (Fifco), Kimberly Clark, Sylvania, Mexifrutas, Paradise Ingredients, Edwards Lifesciences and Align Technology. These companies made investments to increase their productive capacities or decided to settle in the country during the last two years…”.

The companies that have invested, made those decisions because of “… the standard of the Costa Rican human talent, the quality and fame of the Costa Rican products, the increase in the demand, as well as the stability in the productive and commercial environment.”

Expectations in the sector are different, since generally manufacturing companies in free trade zones enjoy an increase in their sales and on the other hand, those that are dedicated to the production of goods for local consumption are not at their best.