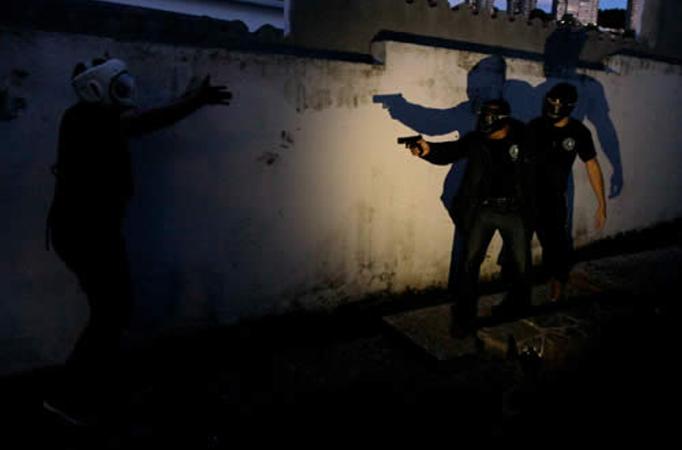 Forty-six of the world’s top 50 most murderous cities are in the Americas and 40 are in Latin America, according to an annual study by the Mexican think-tank Seguridad, Justicia y Paz.

For the third straight year, San Pedro Sula, Honduras was the murder capital of the world with 187 homicides per 100,000 population, followed by Caracas, Venezuela with 134 per 100,000. Rounding out the top five were Acapulco, Mexico; Cali, Colombia; and Maceió, Brazil.

The most dangerous countries were Honduras, Venezuela, Guatemala, El Salvador, Mexico and Brazil.

But there are also bright spots. Chile, Nicaragua, Costa Rica and Argentina, for example, had murder rates that were “considerably lower” than the Latin American average.

Of the 50 cities on the list, 16 were in Brazil, nine were in Mexico, six were in Colombia, five were in Venezuela, four were in the United States, three were in South Africa, and two were in Honduras. El Salvador, Guatemala, Jamaica, Haiti and Puerto Rico each had one of the cities.

The United States occupied the 24th and 26th spots on the list with Detroit and New Orleans, respectively. Baltimore and St. Louis were ranked 36th and 45th.

The survey “confirms what several global studies have shown: that homicides in Latin America are well above the world average,” the organization said.

Colombia also scored high marks for steadily bringing its homicide rate down over the last 11 years.

QCOSTARICA - A sad discovery occurred this Thursday morning in a hotel located in La Sabana, in San José, the lifeless body of a...
Redaqted