Costa Rica named as a host nation for Gold Cup 2019

Costa Rica’s Estadio Nacional (National Stadium) will be the site of the first two Group B matches for next summer’s edition of Confederation of North, Central America and Caribbean Association Football (CONCACAF) championship. 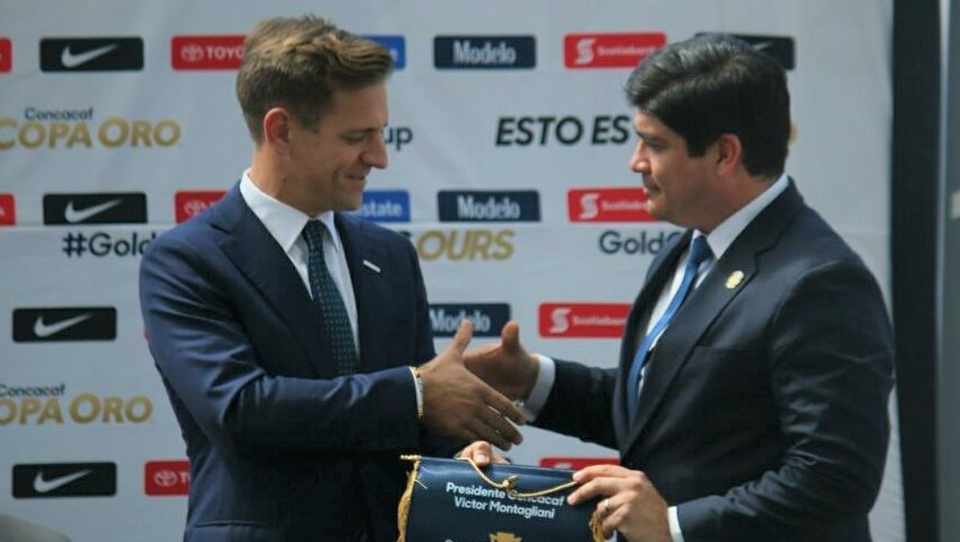 Costa Rica’s first match in the 2019 Gold Cup will be played on Sunday, June 16.

This will be the first time in the tournament’s 15 editions that matches are played in Central America.

The official announcement was made this Monday in an activity that took place in the La Sabana stadium with the participation, among others, of the President Carlos Alvarado, the Minister of Sports, Hernán Solano, leaders of the Fedefútbol headed by President Rodolfo Villalobos and representatives of the CONCACAF.

The CONCACAF is the continental governing body for association football (soccer) in North America, which includes Central America and the Caribbean region.

While the bulk of the tournament will be in the United States, as every edition has been since the Gold Cup was launched in 1991, this is the first time in its history some games will take place outside of North America. The decision coincides with an expanded field of 16 teams vying for the Cup.

We are very proud to bring the Concacaf Gold Cup to Costa Rica, where fans have shown great excitement, passion and love for our game,” said Concacaf President Victor Montagliani. “By hosting our premier competition in Central America, we are achieving a core principle of our ONE Concacaf Vision, which is to increase access to the game, develop football and ensuring our fans experience the highest quality of football in the region.”

“It’s an honor for the Costa Rican Football Federation (Fedefútbol) to have the confidence and support of Concacaf to host a Gold Cup group stage doubleheader in Costa Rica,” said Concacaf Council Vice President and Fedefútbol President Rodolfo Villalobos. “This announcement is part of our efforts to transform the Federation into a highly professional entity and a benchmark at the regional level. It is part of the constant and planned efforts to grow our football. We also celebrate the opportunity Costa Ricans will have to enjoy the Gold Cup at home for the first time in its history.”

Greater inclusion of teams and fans in Central America and the Caribbean has been a frequent talking point for CONCACAF President Victor Montagliani since he took over in 2016. The decision to play Gold Cup matches outside the U.S. is in line with other initiatives launched by the CONCACAF.

Next summer’s expanded Gold Cup, set to kick off on Saturday, June 15, will be the largest Gold Cup in history. Alongside the group stage doubleheader in Costa Rica, 15 U.S. metropolitan areas and one yet-to-be-announced Caribbean venue will welcome the 2019 edition of the tournament.

The Estadio Nacional, known as “The Jewel” of La Sabana, for its allusive and modern architecture, was inaugurated on March 26, 2011. The stadium has hosted many international events, including the 2014 FIFA Women’s U-17 World Cup, matches of the national team of Costa Rica and athletic events.

Tickets for the double day of the Gold Cup in Costa Rica will go on sale on Friday, December 7 through www.specialticket.net and its service points throughout the country.

Tickets for all other Gold Cup games in the United States are available at www.GoldCup.org and Ticketmaster.

The 2019 Concacaf Gold Cup is sponsored by Allstate Insurance Company, Cerveza Modelo, Nike, Scotiabank, and Toyota. The tournament will be broadcast in Costa Rica on Teletica and Repretel, and in the United States on the Univision and FOX family of networks and transmitted on radio in Spanish by Fútbol de Primera Radio Network.