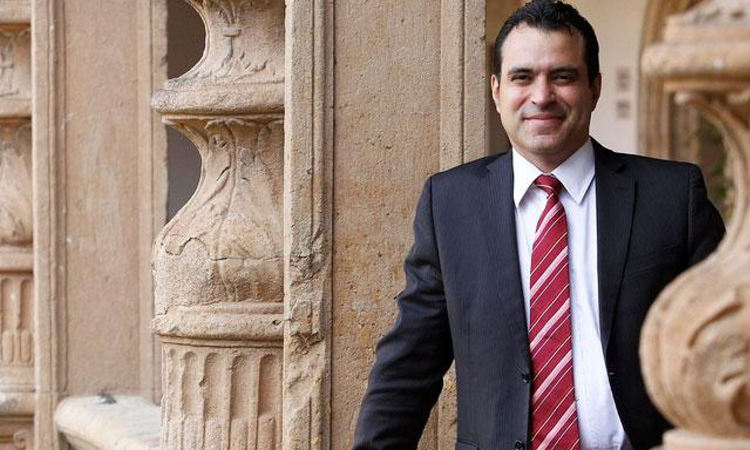 COSTA RICA NEWS – In an interview with La Nacion, former Vice President, Kevin Casas (2006 – 2007), the rising star in the Arias administration and an example of how rapidly political fortunes can dump a rising star on his head. But Casas, although out in the cold, is still one of the most qualified observers and he sees a desperate need for political reform in the country.

“This country turned dysfunctional some time ago and this isn’t just about persons.”

[/su_pullquote]In addition to being second Vice President, Casas also held the portfolio of Minister of National Planning and Economic Policy.

Casas had it all — youth, intelligence, energy, eloquence. It was during the controversy of the CAFTA free trade treaty with the United States when he sent an inflammatory e-mail to his boss, President Oscar Arias, in 2006 recommending the Chief Executive twist some arms for officials to support CAFTA.

Although the tactic was normal politics in other countries, it did not sit well with Costa Ricans. When the memo was leaked to the press, he found himself in the eye of a political hurricane and was forced to resign. Casas ended up as an analyst for Latin American affairs at a Washington D. C. think tank. Casa is Secretary for Political Affairs at the Organization of American States.

But, although he disappeared from the national scene, Casas obviously has not forgotten his home country and gave the newspaper an earful. But it is clear that Casas has learned restraint — when the interviewer tried to bait him into commenting on President Solis, Casas neatly sidestepped.

But it was clear also that Casas has sympathy for the daunting task facing the new President. When asked about how the Chief Executive could get legislation through the multiparty Legislative Assembly, Casas grew energetic.

“This is crucial. This country turned dysfunctional some time ago and this isn’t just about persons,” said Casas, “The problem is basic. You can see that Luis Guillermo Solis is intelliigent, decent, cultured and well intentioned but you can say the same about Laura Chinchilla — and we’ve seen the problems with her Administration.

“This country desperately needs a political reform that will remove the proliferation of points of veto on decisions,” he finished. He was talking of course about the many parties in congress and the difficulty of any President to get legislation passed.

Asked if it was better to have a wounded National Liberation Party in opposition, Casas replied, “To have a healthy opposition is always important. It helps keep a government alert and flexible. Without it, governments get fat and lose their reflexes.”

But he had sharp criticism of his own National Liberation Party whose performance in the elections this year he characterized as “an extraordinary debacle.” Casas said the party must change, “its messengers, its message and its way of conducting politics.”

He said National Liberation had lost the youth vote and could not communicate with the urban population. He said election night was a good example, with three parties in their headquarters awaiting election results while Liberation was in a hotel with party leaders dancing in the ballroom.

The interviewer adroitly pointed out that in 2006, he was in a ballroom dancing as well. “True,” he admitted, “but now many things have happened and the party hasn’t adapted to them.” He accused his party of acting “very disoriented for years.”

But he still feels that Liberation, the most successful party in the country stretching back to the mid-20th century, still has much to offer this country if it can heal its self-inflicted hurts, He worries that the governing Citizen Action Party, which opposed CAFTA, still has many who don’t believe business is important to the economy.

Despite his past political meltdown, he still considers himself a political animal, besides being an academic and a family man–still drawn toward public life. But he strenuously denied intentions to run for President in 2018.

Article by iNews.co.cr, with editing by QCostarica, reposted with permisssion

QCOSTARICA - The increase in covid-19 cases and hospital...
Uruguay