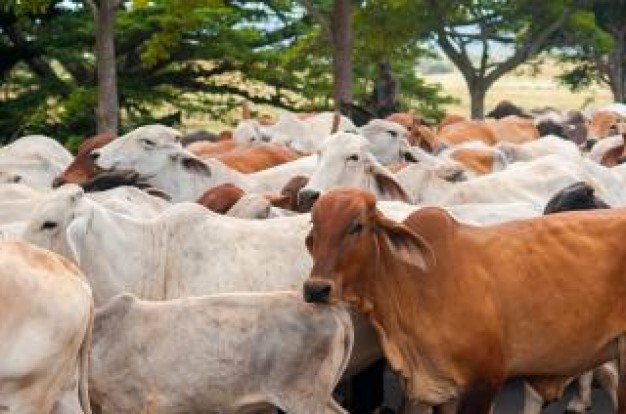 COSTA RICA NEWS – The area around Upala on the northern border of Costa Rica has seen many migrations southward from Nicaragua but lately from 300 to 800 illegal cattle have been driven over the border and into country, according to authorities.

Farmers in the neighboring country have felt the pinch of a drought and have decided that this country offered a market for the beasts. But the informal importation has a problem — if the influx were legal, the government could collect taxes and veterinarians could assure that the cattle carried no disease.

The Upala area is not blocked off from Nicaragua by the San Juan River and has 36 kilometers of shared border. Regional chief of National Animal Health for Upala, San Carlos, Los Chiles and Guatuso Elliut Herrera is aware of the problem which he outlined in a public meeting in Ciudad Quesada.

Juan Jose Andrade, general director of police, has asked his boss, Security Minister Celso Gamboa, to assign more personnel in that border area. It is a focal point not only for cattle traffic but other illegal smuggling and is a large area with few police.

Usually the cattle traffic goes the other way as rustlers take a few head over the border to sell in Nicaragua. The problem is that the cattle have no certification that they have been tested for tuberculosis, brucellosis and other diseases.

Salvador Castillo, president of the Cattleman’s Association of Nicaragua publicly noted a short time ago that many ranches in his country are without pasture during the current drought caused by the ocean phenomenon El Niño.

Most affected are ranches in Esteli, Leon and Boaco with the drought extending into the province of Chontales. But residents of the Upala area also report an increase in the number of horses from the water-starved areas.

QCOSTARICA - People who knew him remember him as a wealthy,...
Read more

QCOSTARICA - Costa Ricans or foreigners who wish to...