A powerful and destructive synthetic opioid made popular by Russian street chemists has apparently reached the United States. Krokodil is the name of a scary mixture of codeine, gasoline, paint solvents, and household cleaners that aims to approximate the effects of desomorphine. Once designer drugs become popular in the U.S., they tend to reach Costa Rica in just a few months, but we hope Krokodil never does. 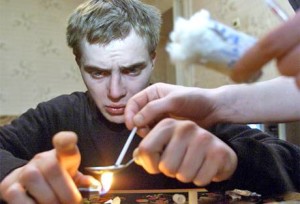 The Institute on Alcoholism and Substance Abuse of Costa Rica (Spanish acronym: IAFA) has not yet made an announcement on Krokodil, although the government entity has done considerable research on the use of morphine, heroin and other opiates and synthetic opioid derivatives in our country. Should Krokodil find its way to Costa Rica, law enforcement and public health officials will certainly have to react quickly; after all, this is a drug that is known for its severe flesh-eating side effects.

According to recent reports from the Banner Poison Control Center of Arizona, there are two documented cases of this awful drug in the Southwest. There is a reason for the drug to be known as Krokodil: Users tend to suffer the incredibly gruesome side effect of their skin rotting from the inside until their epidermis takes on a reptilian appearance.

Similar to heroin, desomorphine was synthesized from opiates by chemists looking for a substance for effective pain management. According to futurism site IO9, the creation and patent of desomorphine took place in the U.S. before World War II, and it was briefly marketed in Switzerland under the name Permonid. This drug is reportedly more potent than morphine and lacks the sharp decrease of respiratory activity and nausea associated with heroin. It is an explosive high that does not last as long as the several types of heroin produced and sold in underground markets.

A drug that packs a powerful punch will certainly have the potential to ensnare those addicted to opiates. The problem with Krokodil is that its production does not take place in a clinical setting. Reports of Krokodil manufacturing in Russia indicate that the drug in a manner similar to that of methamphetamine, which is often extracted from pseudoephedrine. In Costa Rica, meth is sometimes mixed in small quantities with powder cocaine or molly (cristal), the new trendy designer drug that emulate MDMA -essentially a powder form of Ecstasy.

In the quest for extraction and synthesis of active opioid molecules from codeine medications, bathtub chemists making Krokodil will use gasoline and other corrosive substances that users will later inject into their veins. This explains the awful side effect of skin falling off users’ bones.

In a way, Krokodil is nothing like desomorphine, but it is still an incredibly destructive drug that Costa Rica does not want. Unfortunately for Russia, thousands are already addicted.

TODAY NICARAGUA – The vice president of Nicaragua and First Lady, Rosario Murillo, assured that those who feel persecuted are for the crimes they...
Rico's Digest

RICO's DIGEST - We've all had this happen, your computer's hard drive is full and your computer crashes. But we are not the Radiográfica...
Disasters

QCOSTARICA - Costa Rica's legislature approved, in the first debate, a bill that reduces the minimum amount that a foreign pensioner or rentier must...
Latin America