Costa Rica Out of Beans? 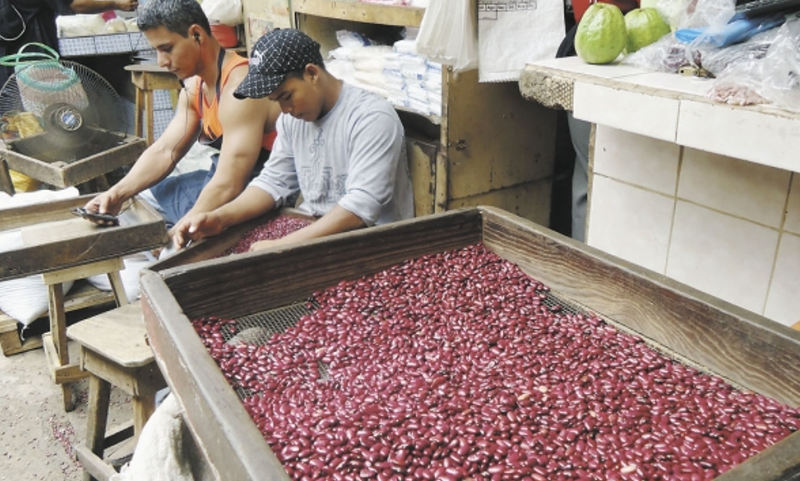 The domestic bean industry denounced the impeding shortage of the grain, saying that stock may be exhausted in less than a month and problems with the importation of beans.

Experts say that the situation will lead to a shortage in less than 30 days unless imports are streamlined.

For its part, the Consejo Nacional de Producción (CNP) – National Production Council, estimates a stockpile of 7.900 metric tons of black and 2.100 metric tons of red beans, explained Arlyne Alfaro, CNP systems coordinator. The stockpile should be enough to the first week in July, according to CNP estimates.

The situation has already lead to an increase in bean prices, 10% for the year, according to the CNP. Industry groups put the increase over 30%.

After confirming the shortage, the CNP issued a recommendation to a commission composed of members of the Ministries of Agriculture, Economy and Foreign Trade, that in two weeks issue a decree that will allow bean imports without tariffs.

The objective of the decree, according to Carlos Monge, president of the CNP, is for Costa Rica to import 11.264 metric tons of beans that will ensure domestic consumption to January 2015.

Since early this year, the outgoing administration began restricting bean imports from Nicaragua, basing the controls on current laws and according to international standards.

Costa Rica importers associated with the Asociación Nacional de Industriales del Frijol (Anifri) are placing their hopes on the current government to make changes to the law that will streamline imports.

Tico importers commonly buy grain with impurities and then process them in its packing for distribution in the domestic market.