Medical tourism has seen a surge in popularity over the last 10 to 15 years, as many discover the savings that can be enjoyed by traveling abroad for medical and dental work. 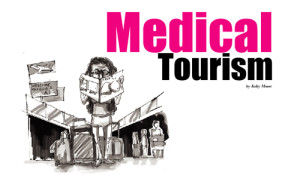 InternationalLiving.com recently released its 2013 Health Care Survey, looking not only at the affordability of medical services and procedures abroad, but at the cost of living and real estate values as well.

With expats and experts alike weighing in, International Living has listed the top seven countries for high-quality health care overseas.

In the list of Internationaliving.com’s “Best Havens For Quality Health Care”, Costa Rica was ranked number 1. Following Costa Rica in the ranking is Malaysia, Panama, France, Uruguay, Mexico and Ecuador.

According to Internationalliving.com, Costa Rica in first place is for convenience, comfort, and care.

By Jason Holland / Back in California Laurel and Charles Carpenter paid $1,200 a month for health insurance. Now, living in the Central Valley town of Atenas, Costa Rica, they pay just $88 a month to be in the Caja—the country’s universal health-care system. Charles has multiple sclerosis and the Caja covers all his treatments and medications. With the money they don’t spend on insurance, they can afford to have a private, full-time nurse, which would cost $9,000 or more per month in the States. Charles’ and Laurel’s story is similar to that of other expats in Costa Rica. Expats must join the Caja (La Caja Costarricense de Seguro Social) to get a residence visa.

But with health care in Costa Rica—in both the public and private systems—among the best in Central America, that requirement is hardly a negative. And the Caja’s cost is low. It’s determined by your income but generally only runs $30 to $90 per person per month. And that monthly fee covers everything, from prescriptions to doctor visits to testing to surgeries.

The public health system has a large network of clinics and hospitals throughout the country. But while emergencies are treated right away, wait times for routine procedures can be up to several months. As a result, many expats use a combination of the public and private health-care systems. In the private system, wait times are practically nil and doctors are very accessible.

I have the cell-phone numbers and email addresses of all my family’s doctors. And they answer. The costs are also low—as little as half the U.S. rate for most procedures. A visit to a general practitioner can run $50 to $60, for instance, and $80 to $100 to visit a specialist. Doctors tack on an extra $20 to $30 to make house calls.

At these rates, it’s possible to pay out of pocket. And some expats do. But you can get low-cost private insurance through the government-affiliated Instituto Nacional de Seguros (INS). Like most private insurers, INS excludes pre-existing conditions and does not take new policy-holders aged 75 and older. Annual premiums for INS are in the low $2,000s for those aged 55 to 65, up to the $5,000 range for those aged 76 to 80. Many U.S. and European insurance plans are also accepted in Costa Rica. Costa Rica has three JCI-accredited hospitals, all in the capital, San José. Most of the specialist doctors and services are concentrated here. 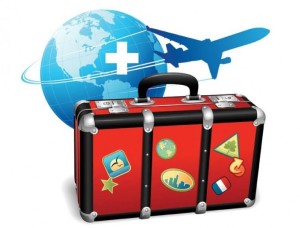 CIMA is affiliated with Baylor University Hospital in Texas, and Clinica Biblica is affiliated with Jackson Memorial Hospital in Miami and Evergreen Healthcare in Washington. Many Costa Rican doctors trained in North America or studied English, so they speak some English. Many are fluent. Every doctor I’ve spoken with attends conferences in his specialty abroad.

Expat Luc Charette, 66, originally from Montreal, puts it well: “I’ve always dealt with the medical system here with great confidence. I’ve never had a doubt about being treated in Costa Rica. For example, I know the surgeon scheduled to perform my valve replacement went to the States to study, so his qualifications are top-notch.”

For a breakdown of why each country made the list, visit InternationalLiving.com.