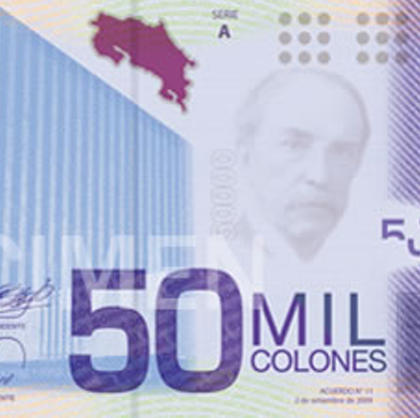 (Reuters) – Costa Rica’s government will submit to lawmakers in 2014 a fiscal reform bill to boost consumption taxes and cut the deficit as it seeks to tap global debt markets, the country’s finance minister said on Tuesday.

Ayales said the bill, which he thinks can be approved before Chinchilla’s term ends in May 2014, would seek to cut the country’s fiscal deficit from recent levels around 5 percent of gross domestic product to a 2 percent target by 2018.

“The objective is to reduce the deficit by three (percentage) points, but this cannot just be on the income side. It also has to have a spending component, which has not been in previous reforms,” Ayales said.

The bill would seek to replace the current 13 percent sales tax with a VAT tax of 14 percent to 15 percent, Ayales said.

Costa Rica, a coffee exporter and top tourist destination in Central America, has been trying to clean up its books as it plans to issue US$1 billion in Eurobonds in May or June.

With one of the highest fiscal deficits in Latin America, Costa Rica has had to go to international debt markets to finance spending, which has increased every year by about 10 percent over the last seven years.

A previous attempt to overhaul the tax code was killed last April, when a panel of judges in the Supreme Court ruled it was unconstitutional in a major blow to one of the Chinchilla administration’s top priorities.

“Costa Rica has never passed a fiscal reform as one package of measures and certainly nothing like Ayales is envisioning right now,” said Alberto Franco, who led the country’s central bank 20 years ago and has advised other administrations.

He says a new, higher VAT will be very unpopular. “It’s possible that it’s unnecessary to raise the rate if you broaden the base”, he added.

- Advertisement -
Paying the bills
Previous articleOnly in Costa Rica! (Photos)
Next articleTurtle Deaths Caused By Getting Caught In Fishing Gear

QCOSTARICA - The dollar exchange is expected to maintain...
Trends