Turtle Deaths Caused By Getting Caught In Fishing Gear

Preliminary reports from scientific and environmental organizations show that the recent death of 280 sea turtles in the Golfo Dulce is likely caused by the turtles getting caught in fishing gear. 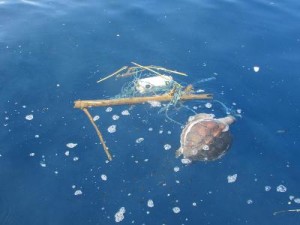 Local fishing groups and NGOs have called on the government to quickly determine the cause of the turtle mortalities and take the necessary precautions to remedy the situation and protect the region’s marine resources.

These groups have repeatedly alerted authorities about the presence of long-line fishing boats within and in close proximity to the Golfo Dulce Responsible Fishing Marine Area where such practices are prohibited. Local communities are also alarmed that the presence of so many turtle carcasses could create a health risk to residents.

QCOSTARICA - Costa Rica will extend the restrictions of its land borders until April 1, confirmed Casa Presidencial (Government House) on Thursday. As in the...
Immigration

QCOSTARICA - Before I get into my opinion of the irresponsible actions of the immigration service and the ICT, good news for tourists who...
News

QCOSTARICA  - Twenty eight Costa Rican's are lining up who want the position that Carlos Alvarado when he leaves office on May 8, 2022,...
Coronavirus

Japan is beefing up measures against loneliness, taking a first major step toward comprehensively tackling a pervasive problem in the nation that has again...
Economy

QCOSTARICA - Costa Rica's banana growers reached an export record in 2020, despite the impact of the pandemic, shipping fruit in new markets and...
Political Economy

QCOSTARICA - The restrictions for travelers imposed by the United States, Canada, Mexico, France, Spain and the United Kingdom, six of the main sources...
Trends

Costa Rica is one of the world’s most desirable ex-pat locations and a retirement haven in Central America. The country is blessed with an...
Vaccine

QCOSTARICA - The Ministry of Health authorized the use of AstraZeneca's Covid-19 vaccine on Friday, based on the conditional marketing authorization of the European...
Trends