Costa Rica prevents massive entry of Africans and Asians headed for the U.S. 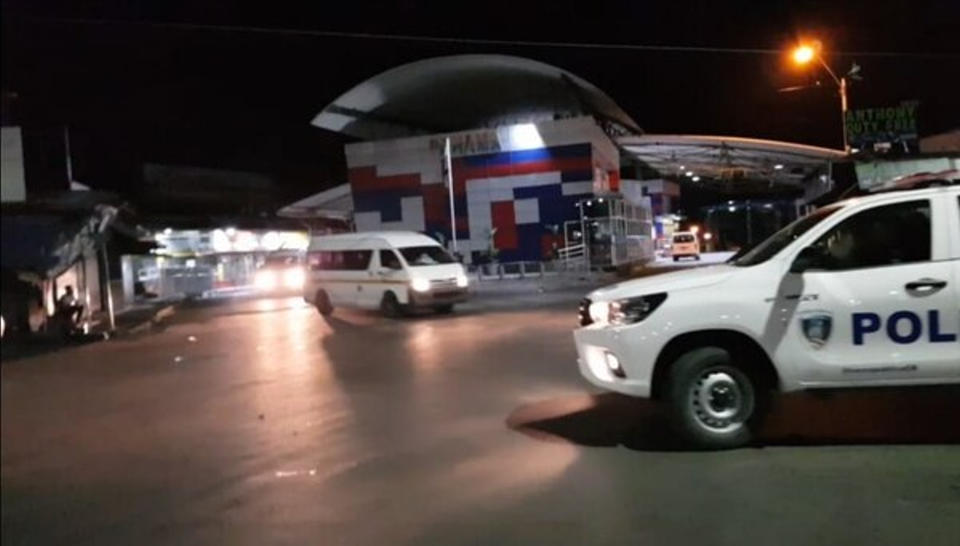 Costa Rica prevented the entry of the majority of African and Asian migrants who are in Panama, near the Paso Canoas border post, with the intention of passing through Costa Rica on their way north, their final destination the United States.

Michael Soto, Minister of Public Security, assured Wednesday night that only 60 of the 2,600 people who intend to cross the country were allowed to enter.

“On the issue of extra-continentals we are in regional coordination to establish a humanitarian passageway. At this time, 2,600 people who have been talked about have not entered,” Soto said during the daily conference in which the Government updates the numbers of people infected with the new coronavirus.

Responding to questions into reports in social networks (and some press) that show busloads of migrants on the Panamanian side of the border, the minister replied: “They were about 60, but not 2,600 as indicated.”

The minister said they (the migrants) were taken to the Migrant Attention Center (Catem Sur), located at kilometer 20 of Golfito. “At the moment they are there waiting for this (national emergency) to pass,” added Soto.

Residents of Río Claro de Golfito were concerned on Wednesday when they saw several of the migrants walking the streets of their community.

Prior to the closing of the borders (on March 18), Costa Rica would grant to African and Asian migrants a temporary permit to stay up to 25 days, during which time they would travel by their own means to the northern border, from there leave illegally, since Nicaragua does not allow their entry.

On this occasion, according to the immigration service, the 60 migrants who managed to enter the country will be taken by bus under police surveillance to the northern border.

The same is intended to be done with the contingent that remains on Panamanian soil when they are finally allowed to pass.

Firstly, foreigners will be delivered to Costa Rica directly, by Panamanian immigration authorities, on Panamanian buses to the Catem Sur, where they will undergo a medical review.

Then, they will be transported by bus to Catem Norte, in La Cruz, Guanacaste, where they will again undergo a medical check-up.

The objective of this measure is to prevent foreigners from passing through the country on their own as they previously did.

Immigration hopes that, once in La Cruz, the migrants look for, as has been the norm, for the routes to continue advancing in their journey towards North America.

It is believed that the goal of these migrants is to reach the United States and not to remain on Costa Rican soil.

Today Nicaragua Wednesday that the Nicaraguan Army will patrol the border with Costa Rica, closing blind spots, to prevent Nicaraguans from leaving or entering Nicaragua illegally. It is expected that the controls will apply to migrants as well.

QCOSTARICA - The Board of Pensions and Retirement of...
Weather